Why Google Made Changes To Its Design Language 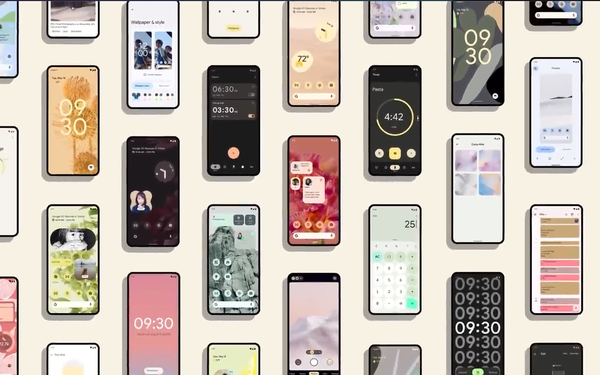 Colors can trigger emotions, making people feel happy or sad, and prompt them to read on or make a purchase. They can influence our decisions and behavior.

Design and color act as a first impression, especially for an app or home page for a website.

Google at this year’s I/O developer event introduced a “radical new way to think about design.”

Think of a hyper-personalized approach that adapts to the user, similar to the way dynamic ads work in Google search.

The future of Google’s design language, “Material You,” shifts away from the one-size-fits-all design on phones, tablets, and computers, putting the user of these devices in control of how the software looks and feels.

Material You is the latest update to Material Design, the design language used by Google’s apps as well as third-party developers.

Material Design -- which Google introduced in 2014 and which became the foundation for Google products -- evolved into Material You, which creates a color palette on Android devices automatically based on the home-screen photo.

The photo becomes the color palette for the entire phone or device.

If the user sets a background with a light blue, for example, apps like Calculator and Calendar will adjust the way they appear to use blue highlights. A color will translate into tonal ranges from light to dark, supporting a variety of colors in the palette.

The relationship between colors is managed through luminosity. By calculating luminance rather than hue, Google can determine which tones can be combined successfully, considering elements such as contrast.

This color system is used across the entire interface of the device.

Think about the color highlights in a Porsche Cayenne or Ford Explorer. The dashboard enables the owner of the car to pick a color that illuminates various hues throughout the vehicles, from the color of the lights to the color in the dashboard and instrument panel.

Comfort is realized through more than color. Text also plays a role, including size and font. But rather than allowing the user to make all the choices, Material You provides a few parameters.

Phones are personalized devices that consumers carry around with them wherever they go. They hold details of our lives, from the meetings we attended a year ago to the phone calls we are expected to make tomorrow.

And while marketers want to provide a personalized experience to each and every consumer who may become a customer, it is increasingly difficult because of the inability to collect and use data without the owner’s permission.

Material You will debut with Android 12 on Pixel phones later this year.