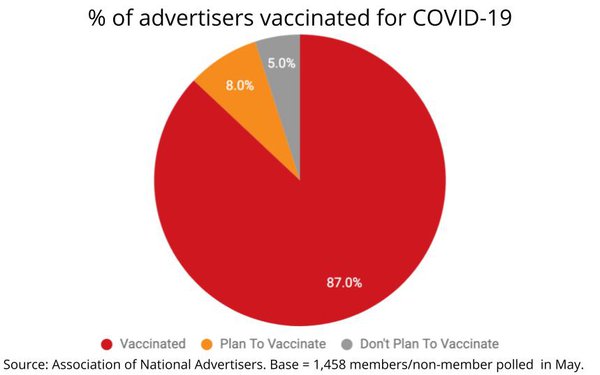 With 87% of the nation's biggest advertisers now vaccinated against the COVID-19 virus, the ad industry's travel plans have improved dramatically from just three months ago, according to a new study of executive travel fielded in May by the Association of National Advertisers.

While the ANA did not ask what percentage of ad industry execs were vaccinated when it fielded its previous survey in February, it found that the percentage who say they are willing to travel domestically for work or personal reasons has jumped to 77% from just 23% in February.

The percentage of ad execs who say their organizations now allow executive travel has jumped to 25% from 10% in February.

"Business travel is strengthening, but we still have a long way to go before we reach pre-COVID levels,” ANA CEO Bob Liodice said in a statement released with the new findings. “However, the good news is that the vaccine seems to be encouraging greater travel, and that is an important finding as our industry struggles to return to some degree of normalcy.” 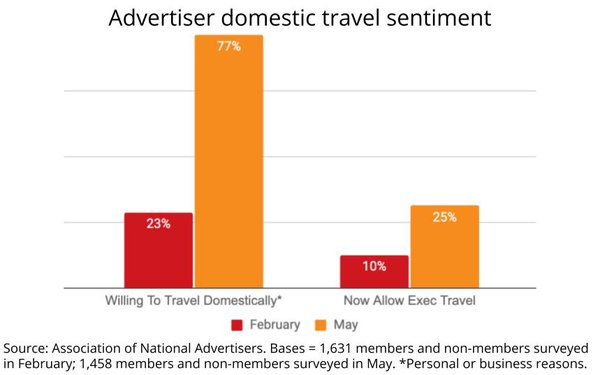