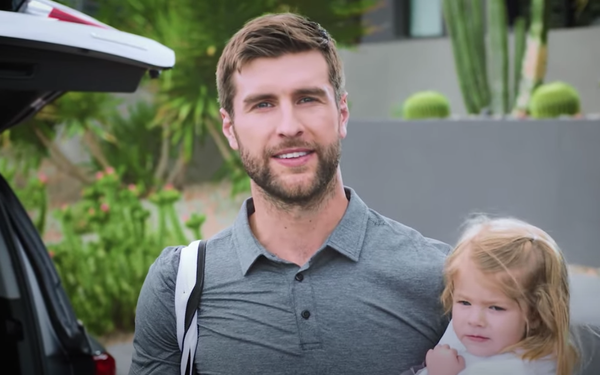 NHL All-Star and Stanley Cup Champion Alex Pietrangelo and his wife Jayne drive a Honda Odyssey minivan as their daily family hauler. They are featured with their four children under the age of three in the campaign’s first 60-second spot. Pietrangelo currently plays for the NHL's Vegas Golden Knights.

Creative, developed in collaboration with NHL Studios, along with Oliver Anderson and Louis Burgdorf of Dynamo Films, will run through the remainder of the 2021 Stanley Cup Playoffs and into the 2021/2022 NHL season. Along with multiple national broadcast TV spots, creative will also run on Honda social media channels, including Twitter and LinkedIn.

Honda has been the official automotive partner and vehicle of the NHL for 14 years.

"Honda and the NHL constantly looking for new ways to create unforgettable experiences for hockey fans around the NHL’s biggest moments, like the Stanley Cup Playoffs," Laudermilk tells Marketing Daily. "That’s what created this amazing opportunity to work with Alex Pietrangelo and his family, who happen to be real-life Honda customers, to bring these new Honda spots to life."

The timing for the spots is "very significant" as it coincides with the height of Stanley Cup Playoff action when fans are "super engaged" around the competition and the games  experiences the highest viewership of the NHL season, she says.

"It’s been wonderful to see fans back watching NHL games in arenas across America, just as they gear up for some fun summer road trips as the U.S. begins to open back up," Laudermilk says.

The Odyssey is America’s retail top-selling minivan of the past decade, and is also the top minivan with under-35-year-olds over the same time.