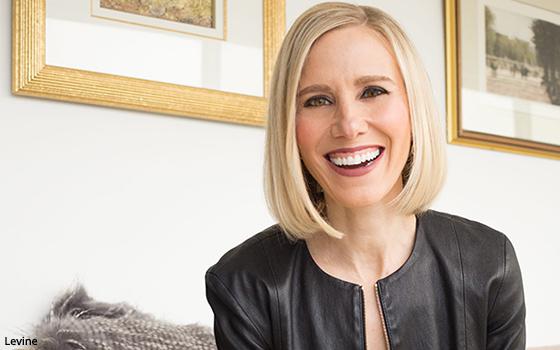 Levine will oversee Facebook's advertising business and global partnerships, reporting to Sheryl Sandberg, chief operating officer. The announcement was made on her Facebook page.

"It is a privilege to be leading a business that enables economic and social change for our global partners, helping them to create their brand, build their community, and grow their business through the innovative solutions we offer across our platforms," Levine wrote.

July marks Levine’s eleventh year with Facebook. One thing that made her excited to join Facebook in 2010 and lead Global Policy was to see the way businesses and partners could grow on the platform and the jobs that were created as a result.

“I’ve loved every minute of it,” she wrote. “I spent most of my early career in the public sector, working on policy areas that could drive economic growth, create and save jobs, and help people get access to financial services because I thought that was the best way to have a positive impact on people's lives.

Bloomberg Business reports that Levine worked at the U.S. Department of the Treasury between 1993 and 2000, and as chief of staff for Harvard President Larry Summers between 2001 and 2003.

“When I think about what I want in my professional life, it comes down to three things: working with smart, motivated people from whom I can learn; believing wholeheartedly in the mission; and having a challenging role where I feel I can make a real difference for our partners as well as our global community. I appreciate so much that I have that every day at Facebook."

Levine says her life lesson is to say thank you often, both publicly and privately.