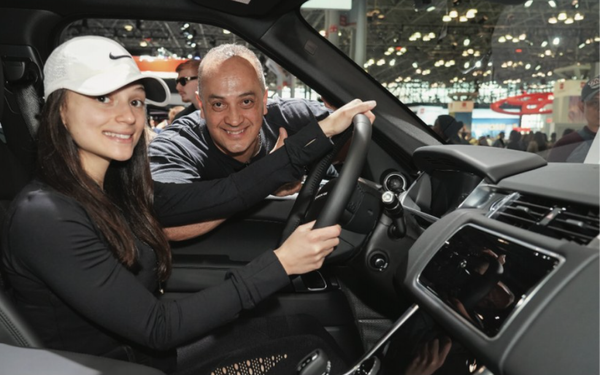 Like most summer and fall events, it has been uncertain whether the show, rescheduled from its normal spring time frame, would be a go. As of today, show organizers are preparing for prepandemic attendance levels at the show, which runs Aug. 20-29.

The convention center is 50% larger than it was during the last auto show held there in 2019, thanks to a 1.2 million square-foot expansion completed during the pandemic.

"The annual New York International Auto Show is not just one our most beloved summer traditions, it is a great economic engine for our state," Cuomo says. ”Last year this widely popular event was cancelled due to the pandemic, but thanks to the hard work of New Yorkers in beating back COVID the show will return this year.”

The 2021 NYIAS will include an entire floor focused on electric vehicles, with five indoor tracks giving show attendees the opportunity to experience firsthand the feeling of an all-electric vehicle.

Multiple automakers will be participating in this multibrand demonstration, along with Con Edison, New York Power Authority, Charge NY, the New York State Energy Research and Development Authority, and a number of home, mobile, and curbside charging partners committed to consumer education and EV adoption. Seven automakers are confirmed with two more pending final approval, per a spokesperson for the show. The confirmed automakers are Chevrolet, Ford, Kia, Nissan, Polestar, Porsche and Volvo.

A 28-page study conducted by NYIAS offers a 10-year examination of the auto show’s contribution to auto sales.

Looking back over recent seasons, an average 6.8 million households nationally attend their local auto show each year, and 4.7 million of them are in-market to buy or lease a new vehicle in the next 12 months.

“As a result of their auto show visits, these shoppers add an average of 2.5 million brands to their shopping lists while there every year,” says Mark Schienberg, president of the Greater New York Automobiles Dealers Association, in the report.

“No other marketing tool supplies automakers with the volume, reach, depth or impact that auto shows do,” says Christopher Stommel, president of Foresight Research, which complied the study. “And because of this, the downside penalty of brands choosing to skip shows and deploy their resources elsewhere results in significant sales potential being left on the table.”