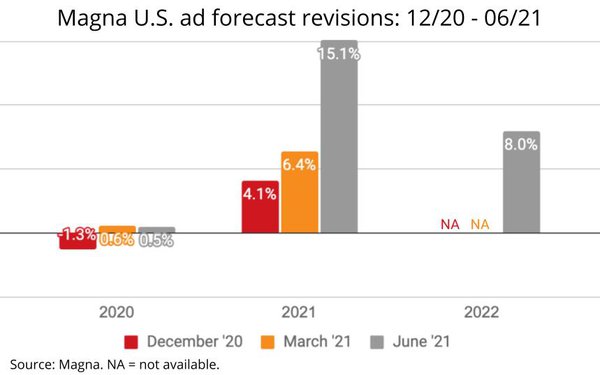 IPG Mediabrands Magna forecasting unit has more than doubled its outlook for the U.S. ad economy's growth from its last update in March. The new forecast, which comes days after another peer, WPP's GroupM unit, also upgraded the U.S. ad outlook, brings the current consensus of Madison Avenue's Big 4 forecasters to a 9.7% expansion in 2021.

Magna did not appreciably change its estimates for 2020, but it also issued its first public estimate for 2022, calling for an 8% expansion in U.S. ad spending next year.

Coming on the heels of GroupM's update last week, the consensus for 2022 now stands at 10.2% with at least one other of the Big 4 -- Publicis Media's Zenith -- expected to update its outlook in the weeks ahead. 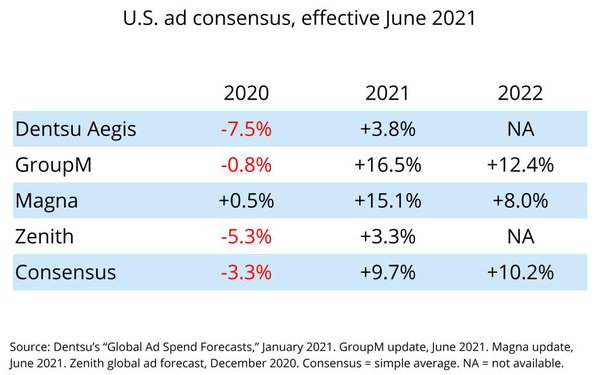