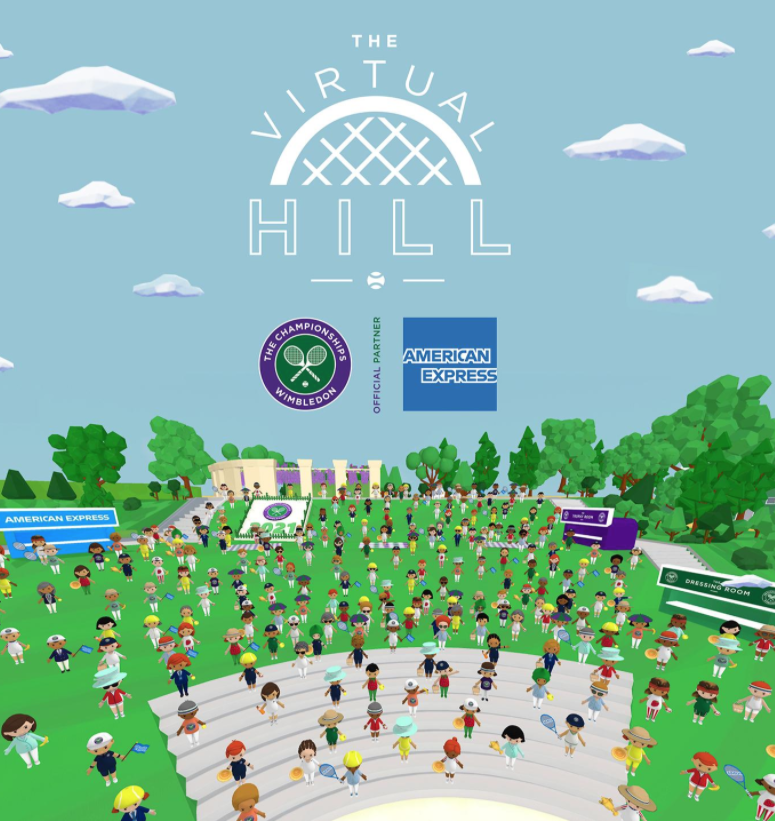 The All England Lawn Tennis Club has created several activations to help tennis fans “create that Wimbledon feeling, wherever you are.”

The tournament just outside of London begins June 22 with qualifier play-in games. The First Round is June 28.  Tickets are also on sale for the U.S. Open, which is Aug. 30 to Sept. 12 in Flushing Meadow, New York.

Both tournaments were cancelled last year due to the COVID-19 pandemic and their stadiums were converted for aid efforts.

Wimbledon takes in $55 million each year from its sponsors, according to sports intelligence service Sportcal, while the U.S. Open brings in about $42 million per year.

The activations for England’s foremost tennis event includes the virtual "Wimbledon at Home."

It builds on the earlier launched campaign, "It's a Wimbledon Thing,” which aims to celebrate the traditions that fans have created around the world.

The Wimbledon Virtual Hill, presented by American Express, allows fans all around the globe to grab a seat on the Hill, create and dress their avatar, and engage in a variety of activities in order to earn points and win prizes both daily and throughout the Fortnight.

American Express Cardmembers in the U.K. can also tap into additional benefits including exclusive avatar accessories and bonus WimbleCoins. American Express has teamed up with Andy Murray to create an augmented reality game for U.K. fans to play on their phone.

Consumers who participate are asked to share by using the hashtag #WimbledonThing across social media.