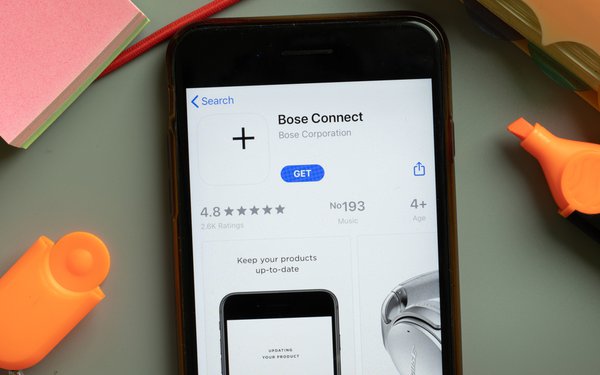 After four years of litigation, an Illinois resident has dropped a lawsuit accusing headphone manufacturer Bose of wrongly collecting and sharing information about the music, radio programs and podcasts streamed by listeners.

Lawyers for Kyle Zak didn't disclose in his court documents filed Friday why he was dropping the case, or whether any money changed hands. The papers say Zak's move won't affect the rights of any other Bose users who attempt to sue over similar allegations.

The move brings an end to Zak's high-profile complaint, which made national headlines when it was filed in 2017.

At the time, Zak alleged that Bose didn't notify people that its Connect app -- which allows consumers to control their headphones through smartphones -- gathers information about the names of tracks played through outside apps like Spotify, then transmits that data to the outside company Segment.io.

He claimed that Bose's alleged transmission of data violated federal and state wiretapping statutes, as well as other Illinois laws.

Two years ago, U.S. District Court Judge Andrea Wood in the Northern District of Illinois dismissed claims that Bose violated wiretapping laws, but allowed Zak to proceed with claims that the company violated Illinois state laws by allegedly failing to disclose that its headphones collect and share information about the tracks users play.

Wood said in her ruling that even if the allegations against Bose were proven true, the company wouldn't have violated wiretapping laws, given that those laws only prohibit the interception of communications by outside parties. Bose itself was a party to the communications, and therefore couldn't unlawfully intercept it, she ruled.

But she also said Zak could proceed with claims that Bose violated other Illinois state laws, including a consumer protection law that prohibits deceptive acts.

Specifically, Wood pointed to allegations that Bose deceptively “omitted and concealed the fact that the app secretly collects its users’ media information and discloses it to a third-party data miner called Segment.io, then accesses that data and pairs it to user identity information to create detailed profiles about users’ listening preferences and habits.”

Bose had argued to Wood that any alleged omissions wouldn't have been deceptive or “material” -- meaning significant to consumers -- but Wood said those arguments were premature, given that the underlying facts hadn't yet emerged in court.