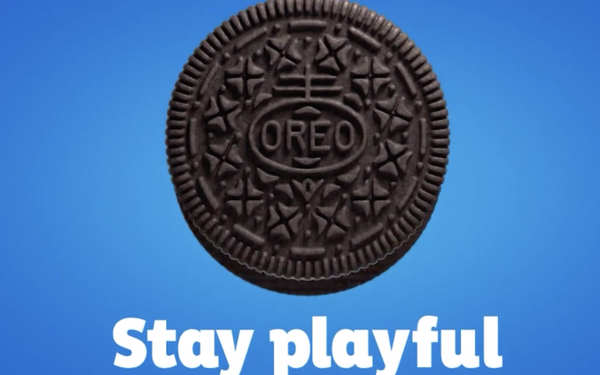 Nabisco brands Oreo and Ritz will promote togetherness and diversity in two separate campaigns during the Tokyo Olympics.

Nabisco is the official cookie and cracker sponsor of Team USA.

Oreo’s “Fiercely Together” spot underscores the difficulty of predicting human behavior—and marketing messaging—at a time when the pandemic has prompted a state of emergency in Tokyo and spectators have been banned from the Olympic events.

Scheduled to air during the opening ceremonies on Friday, “Fiercely Together” features local athletes of all ages putting rivalries aside—and roughing with each other—as they sing the children’s song “The More We Get Together.”

What ultimately unites them all is a shared love of Oreo cookies.

The spot will run throughout the Olympics, according to Oreo senior brand manager Lauren Flanigan.

“As we were thinking about what this Olympics in particular meant, it’s really about the joy of being back together,” Flanigan tells MarketingDaily.

“Summer is no longer on hold, we have these big moments that we can start to come back together around, and the Olympics is obviously such a huge part of that.”

In a Ritz spot titled “Medal Ceremony,” a family viewing the Paralympics on television hears Team USA Paralympian and Nabisco-sponsored athlete Melissa Stockwell talk about “doing things I never thought I’d do with two legs—and here I was doing more miles with one leg.”

As Stockwell opines that “there is so much ability in a disability,” it lights up the face of one of the family’s daughters—who has a prosthetic leg. “Greatness inspires us all” is the tagline.

The commercial is an extension of the Ritz purpose platform “A Taste Of Welcome,” the creative for which includes a Black couple preparing for the arrival of a white foster child.

Agencies involved in the Oreo and Ritz Olympics spots are MediaMonks, Spark, VaynerMedia and The Martin Agency.