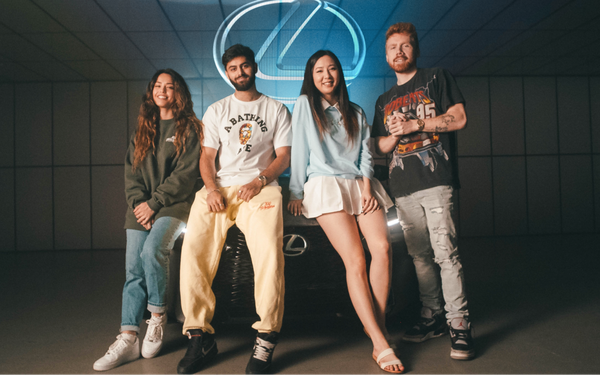 Lexus is expanding its presence in gaming via a partnership with premium lifestyle brand 100 Thieves.

The sponsorship was announced recently during the 100 Thieves Content House episode Trivia Gamer Car Challenge, which featured newly named Lexus ambassadors Valkyrae and Fuslie in the custom Gamers' IS designed by the Twitch community.

Lexus, the first luxury auto partner of 100 Thieves, hopes to attract its next generation of buyers, says Vinay Shahani, vice president of marketing at Lexus.

The sponsorship is the biggest and most comprehensive commitment Lexus has made in gaming and esports to date,  Shahani tells Marketing Daily.

As the entitlement sponsor, the 100 Thieves Content House becomes the Lexus Content House. The brands will collaborate on ideas for the house, which will incorporate a full build-out of a Lexus Lounge within one of the most successful content houses in gaming.

Based in Los Angeles, 100 Thieves was founded by former “Call of Duty” World Champion and YouTube star Matthew “Nadeshot” Haag.

100 Thieves has esports teams competing in “Call of Duty,” “League of Legends,” “Fortnite” and “Valiant.” The brand is recognized globally for its streetwear-inspired apparel and produces gaming podcasts and YouTube content.