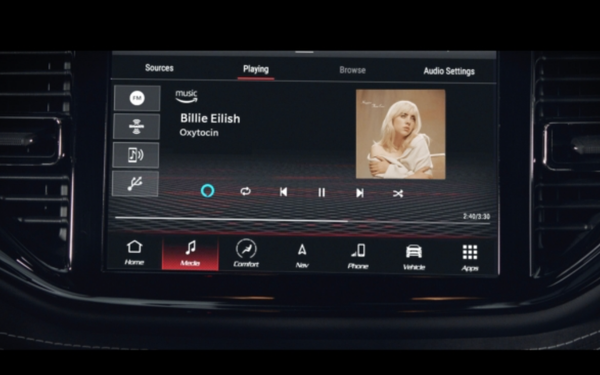 Stellantis’ Dodge brand is launching a campaign in support of the release of the second studio album from American singer and songwriter Billie Eilish.

“Happier Than Ever” was released on July 30 by Darkroom and Interscope Records.

The spot continues the tagline “Domestic. Not Domesticated,” which launched in 2016.

Eilish's first car was her "dream car," a black Dodge Challenger, which she received as a present from her record label in December 2018 on her 17th birthday. She has posted photos of herself and the car on Instagram.

“Billie is one of the most creative and innovative artists of our generation,” said Olivier François, global CMO Stellantis, in a release. “The power and subtlety of her music perfectly embody the spirit of the Dodge brand."

Ram Truck recently partnered with Foo Fighters and Chris Stapleton. Veteran rocker Bruce Springsteen was featured in a  Super Bowl spot for Jeep this year that sent a message of unification and finding common ground.