Too Many Commercials In NBC's Tokyo Olympics Telecasts 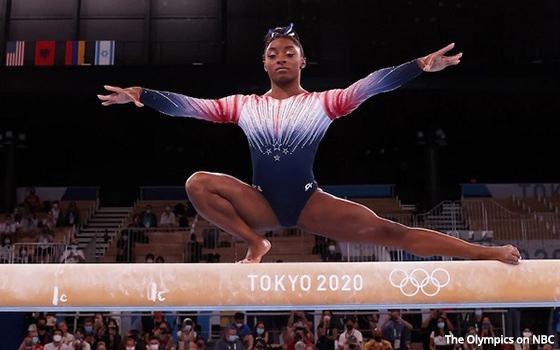 Judging by the number of commercials that have been loaded onto NBCU’s sprawling Olympics coverage, the company is likely making a handsome profit from this summer’s Games in Tokyo.

As well it should too. The business of television is advertising, and it is never more so than in big events like Olympics and Super Bowls.

But when does a commercial load become too much of a good thing? That is a question whose answer is subjective, according to the eye of the beholder.

Very broadly speaking, my own take on the “too many commercials” issue is that if you are watching a TV show -- whether it be an Olympics or any inane show on regular TV (by which I mean broadcast and basic cable) -- and you are consciously aware of, and frustrated by, the preponderance of commercials, then there are too many of them.

Unfortunately, this is a very common occurrence when watching advertiser-supported TV today, even while so many networks (mostly basic-cable ones) give lip service to reining in their frequent and lengthy commercial breaks, but then never do it.

NBC’s telecasts of the Tokyo Olympics, now nearing their completion this coming Sunday, have also met the “commercial consciousness” standard described above, unfortunately.

A man throws a javelin, an activity taking only a few minutes from set-up through execution, and then there’s a commercial (or more than one, usually).

An exciting foot race featuring the world’s most elite track stars lasts about 12 seconds, with a few minutes of coverage before and after. And before you really get a chance to soak it all in, you’re in another commercial break.

An Olympic diver poised at the edge of a diving board or high-dive platform is seen loosening up and becoming physically and mentally prepared for his or her next dive, when the screen suddenly splits into two unequal screens.

The larger of the two screens shows a commercial (however brief), and the commercial’s larger size positions this in-show advertising as more important to NBC than this Olympic competition that the world has waited five years to experience.

This split-screen commercial op suddenly displayed during a sports event was first spied by the TV Blog some time in the past year during NBA telecasts. They would suddenly appear onscreen while a player was going to the free-throw line and preparing to take foul shots.

These commercial intrusions are jarring during basketball games, and feel just as invasive during the Olympics. Among other things, they signal that the networks airing these events will go to any lengths to wedge in a few more spots and make a few more bucks, even if it means intruding on the events themselves.

Sometimes, watching NBC’s coverage of the Olympics these past two weeks mimicked the experience of watching TV generally. This was especially true during prime-time hours when NBC aired coverage of many events on its broadcast network, as well as USA Network and CNBC.

Like the experience of grazing through the basic cable channels on any given evening and finding more commercials than actual program content, toggling between these three NBCU channels often yielded the same result -- commercial breaks on all three at the same time, and obviously, no Olympic events.

This made the Olympics feel like just another show on ad-supported TV -- too many commercials, and too little continuity.

Photo of Simone Biles at the Tokyo Olympics courtesy of NBC Sports.