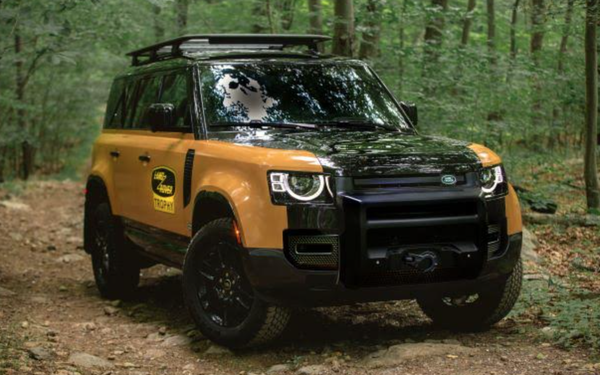 Only 220 of the $90,000 vehicles are being sold exclusively in the United States and will be available this month at select dealers.

Up to 90 teams on a first-come basis will be allowed to participate in the one-day off-road adventure, U.S. Trophy Competition, at the Biltmore Estate in Asheville, North Carolina Oct. 11.

The adventure aims to continue “the expedition legacy of the original Defender,” per the automaker. The vehicle includes a number of features that make it capable of traversing rugged off-road terrain.

Competitors will face a number of on- and off-road challenges, including physical and team building obstacles.

One-on-one coaching will be provided as part of the adventure, giving customers the opportunity to develop extreme driving techniques and skills.

The winning team as determined by a judging panel will go on to compete at an extreme adventure competition at Eastnor Castle in the U.K., which the automaker calls “the spiritual home of Land Rover testing and development,” to take place early 2022.

“The Defender Trophy Edition evokes the spirit of adventure” and is designed for “the ultimate Land Rover enthusiast,” said Joe Eberhardt, president and chief executive officer of Jaguar Land Rover North America, in a release.