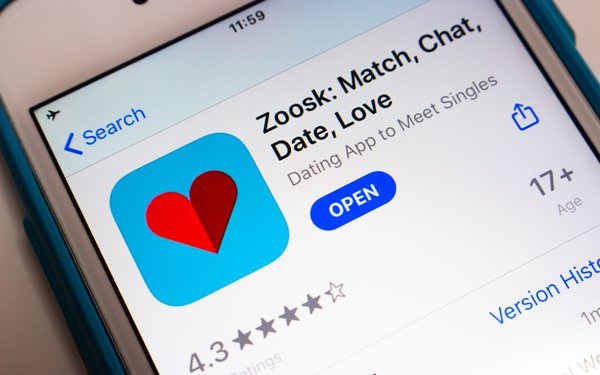 Zoosk, a global dating app for a slightly older demographic, generates 4 to 5 million email opens per day messages informing users that they got a message, sharing the daily match and performing other tasks.

It had been monetizing these emails with advertising, working with LiveIntent and using its LiveTags technology.

But it sought to improve its performance in “the ever evolving came of cat and mouse,” in online advertising, as Diogo dos Santos Pinto, senior project manager-strategic initiatives at parent Spark Networks, puts it, speaking from Berlin.

That meant boosting the bid diversity of its email ad inventory.

Ad revenue is important for Zoosk because it helps fund the people to run and improve the operation. “We are always trying to get the best tech talent to drive products forward,” dos Santos Pinto says.

Ads now contributes around 2% of all revenue, with email contributing a smaller amount.

LiveIntent reviewed Zoosk’s LiveTag setup and found it was only allowing 300x250 creative. It advised Zoosk to allow more ad sizes, such as 970X550 and 970x250.

Tests showed that the changes did not hurt email engagement, so Zoosk went ahead. Within 35 days, Zoosk had increased its fill rate by 34%, its CPM by 14% and its revenue by 35%.

The ads appear on the bottoms of the emails. Not all emails have them.

That said, Zoosk has a complicated email program in some ways. For one thing,  triggered message notifications are often delayed by a few minutes to make sure the person hasn’t seen the message, dos Santos Pinto notes.

Moreover, the emails appear in several different languages due to Zoosk’s global reach, with English probably being the largest one. “Translations are manually done for the main languages, but we don’t employ a native speaker for all languages,” dos Santos Pinto says.

Then there’s the general issue of GDPR: Zoosk must delete inactive names on its app and follow the law in other ways.

Overall, Zoosk has had over 20 million people registered over the years, several hundred thousand of whom may log in on a given day,