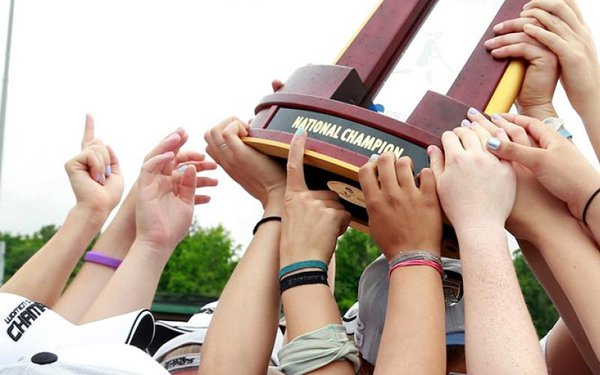 The Supreme Court's recent ruling against the NCAA (National College Athletic Association) has major implications on the trajectory of college athletes, as well as the future of influencer marketing. The ruling, which went into effect July 1, enables NCAA players to monetize using their name, image, and likeness (NIL) for the first time in history.

Fewer than 2% of college athletes go on to play professional sports. Yet, as reported by Forbes, under 7% of the revenue generated by the NCAA (men’s football and basketball) is given to athletes through scholarships and stipends.

Now, through brand endorsements, promotions, and their virtual personalities, college athletes are able to make money on their own.

“We think a lot of brands are going to be really compelled to want to spread this money,” says Joe Gagliese, co-founder and CEO of Viral Nation Group, a leading full-service influencer marketing agency. “Now they are able to provide some of that monetization for the students.”

So far, Viral Nation has signed 70 college athletes, with 100 more athletes in the pipeline. They hope to sign 200 to 300 by the end of the year.

“The reality is that these players are going to make the majority of their money through social media, and that is what we do best,” adds Gagliese.

Viral Nation Group harbors four different lines of business: a talent agency with hundreds of social media influencers; a sports talent agency; a large influencer marketing company; and a technology group that does influencer and social analytics on all major platforms.

All these sectors play a pivotal role in Viral Nation's ability to sign college athlete influencers and connect them with successful brand deals.

“You want to make sure they're working with the best brands in the world,” says Gagliese. “What you don't want to see is these kids doing $200 promotions and pushing some random flat tummy tea product.”

When Viral Nation signs a new influencer, they ask them what “hero brands” they want to work with. While some of Viral Nation's athletes want to target athletic classics like Nike and Gatorade, others seek out less obvious brands.

For example, a gaming brand that makes cool chairs, or a fashionable clothing line –– something influencers feel passionate about.

According to Gagliese, this is a marathon and not a sprint. “There are so many players, there’s so much growth in that space, there’s so much to learn. We approached it as cautiously, as ethically, as legally responsible as we could.”

To prepare for the influx of college athletes, Viral Nation implemented precautionary steps to ensure the safety of these young clients:

- Hiring NCAA lawyers and attorneys in advance of launching a team

- Building contracts and having them approved by the NCAA

- Establishing relationships with compliance teams at the colleges and universities their signed clients are enrolled in.

“At the end of the day,” adds Gagliese, “these are basketball players, they're swimmers, they don't know about the rules of marketing; they're not reading the handbooks of monetizations in the NCAA. It's on us to make sure we protect them.”

According to ESPN, some schools, like Georgia Tech, are taking the initiative in organizing endorsement deals for their own players. Ohio State, Alabama, Texas and North Carolina have signed with Brandr, which “organizes group licensing opportunities for athletes at those schools.” In August, Brigham Young University covered the cost of tuition for walk-on football players.

"You can come to college now and get deals for yourself and learn and develop at the same time," said Penny Hardaway in a recent article. "You don't have to go to any other level to get that.”

The athletes that Viral Nation is signing have thousands and millions of social media followers, predominantly on TikTok, Instagram and YouTube.

“Gone are the days of the Wheaties box and being in a Ford commercial,” says Gagliese. “The whole context of the entire endorsement space is turning toward social media, and these NCAA players, because of their age, are 95% social-driven. They're just another version of an influencer.”

Influencers are an amplified version of word-of-mouth marketing, and college athletes provide yet another sector to the global market.

“What's exciting about these athletes is that they're localized,” says Gagliese. “You don't have a guy from Alabama that has a following from Detroit...When you look at the collegiate marketplace in terms of marketing –– look at HP computers, Apple, IKEA –– all these companies that spend aggressive dollars to get in front of these students, we can now do that seamlessly.”

Anthony Hamilton Jr., Sports Illustrated's first signed athlete in college sports, is another one of Viral Nation's clients. Hamilton is the first male in his family to attend college. In July, just after the NIL ruling, Hamilton was offered a full scholarship by Chicago State University to play D1 basketball while pursuing his masters.

When Hamilton was a senior in high school, his Instagram videos of elaborately dunking basketballs started appearing on Sports Center, House of Highlights, and Ball is Life. Eventually, they gained attention from influencers, like Chris Staples, who featured Hamilton in a video where he won a bell touch competition (he touched 12 feet 6 inches). The video went viral and his platform grew.

Now, Viral Nation helps Hamilton further capitalize on what he has already built.

“With me being not only an athlete but also an influencer and a personality that works with so many different people, it makes it a lot easier for them to make me marketable because I am marketable,” says Hamilton. “Why not sign this kid who's doing everything?"

"I know I can easily go overseas and play basketball,” adds Hamilton. “That's easy. But right now, what's putting money in my pocket is what I'm doing with brand deals, endorsements, commercials."

Hamilton has advice for young athletes: Treat your platforms like a business. “That takes it a long, long, long way,” he said.

Depending on how the next basketball season goes, Hamilton will determine whether he goes pro or becomes a full-time influencer. With the possibilities allowed by the NIL ruling, the choice is his to make. 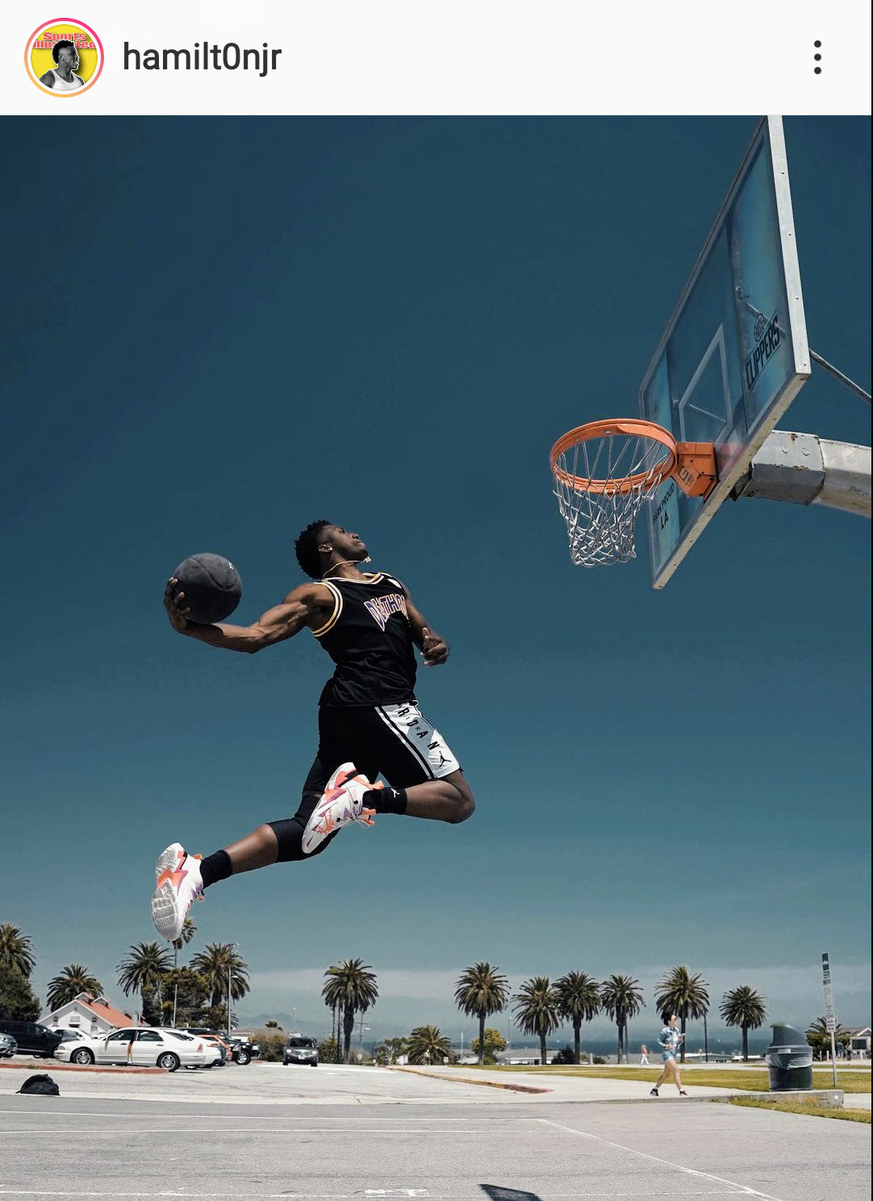