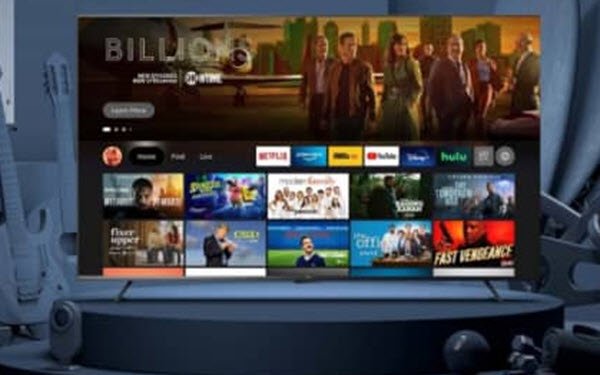 Amazon has confirmed recent reports that it was developing own-branded smart TVs.

On Thursday, the company announced two Amazon Fire TV series to be available in the U.S., as well as a new FireTV Stick 4K Max.

While Roku and Google, like Amazon, have sold branded streaming sticks and integrated interfaces to their streaming services in TVs made by third-party manufacturers, Amazon is the first to offer branded TVs.

All of the TVs will be available in the U.S. next month, exclusively through Amazon online and in Best Buy stores.

Amazon has already been selling an Amazon Basic TV in India, for about $500.

Amazon said it developed its own sets to better integrate its Fire TV software with Alexa voice controls. Both series’ sets can automatically detect Echo speakers in the home and allow owners to use them as stereo or surround-sound TV speakers.

All of the new Amazon TVs support 4K video.

The 4-series sets can be voice-controlled through Alexa devices, using a button on the remote.

During a limited-time launch period, buyers can get $110 off of the 50” Fire TV Omni and 4-Series models.

“We’ve reimagined what a TV can do by building it with two of our most popular experiences at the core — the intelligent always-available power of far-field Alexa, and Fire TV’s content-forward approach to entertainment,” stated Daniel Rausch, vice president, Amazon Entertainment Devices and Services, in the announcement. “Our new Fire TV Omni Series smart TVs, with hands-free access to Alexa, make controlling your TV faster, simpler, and more natural.”