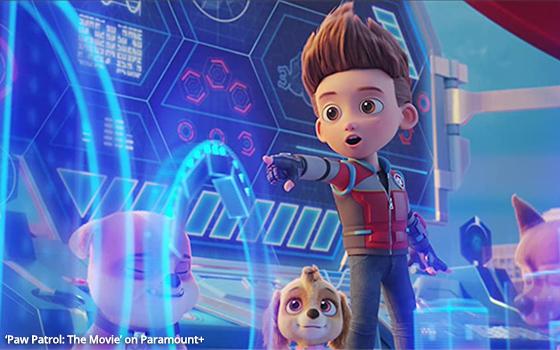 Looking to a more synergistic marketing world in terms of streaming and theatrical movie releases, ViacomCBS witnessed higher theatrical revenue results from its late August Paramount Picture release of “PAW Patrol: The Movie” than the company had initially estimated.

“The streaming release definitely helped drive awareness and interest in seeing the movie in a theater,” said Naveen Chopra, chief financial officer of ViacomCBS, at a Bank of America media conference. “And obviously the theatrical release did a lot to eventize the release of the movie on Paramount+.”

“Paw Patrol” took in $13.1 million in U.S. box-office revenue for its opening weekend in late August, according to IMdb Box Office Mojo. To date, it has earned $92.7 million globally.

Chopra adds that the movie became one of most-watched originals on the service.

But as with other TV-movie companies, this is not a one-size-fits-all approach.

Paramount has the third-biggest U.S. box-office revenue-producing movie this year so far, “A Quiet Place Part II.” It had a 45-day exclusive theatrical window before moving to Paramount+.

ViacomCBS continues to review movies on a case-by-case basis.

When asked about the best-performing genres on Paramount+, Chopra says that unlike other premium streamers -- which virtually all tout big scripted dramas as their best performers -- Paramount+ has been focusing on other broader content areas.

“There's a whole world of viewing out there that is drawn to sports, to news, to unscripted content and kids content. And we're trying to really lean into that... It allows us to differentiate Paramount+. It allows us to serve multiple members of a household.”