ARF Calls For Action To Save Ad-Supported Media, Doesn't Say What It Is

In a call-to-action, the Advertising Research Foundation (ARF) Tuesday stated that “audience measurement is at a crossroads” and that “the future of ad-supported media” is at stake.

The call -- which is timed to lead into the ARF’s Audience X Science conference next week -- offered little in the form of action, but included obligatory rhetoric asking “the advertising industry to embrace greater transparency and cooperation, as well as provide increased support for trials of interoperable solutions that can address the gaps in existing single-source approaches.”

In a follow-up interview, ARF CEO and President Scott McDonald said the ARF explicitly did not issue a specific action plan or recommendations, but said it will “depend partly on the response to the discussion,” adding “you have to have energy from the room.”

Reminded that this isn’t the first time in the ARF’s long history that it has asserted that the industry is “at a crossroads,” McDonald acknowledged that, but said there is something different about this time. He noted that the media marketplace has become more fragmented than ever, and that it is grappling with multiple crises -- including a global pandemic that has impacted research respondents and panels, as well as the deprecation of cookies, advertising IDs, and increasing regulatory calls to protect consumer privacy.

“I do think there’s a sense of a bit of a pile on of those events in the last two or three years,” McDonald emphasized.

A MediaPost query on Google Search yielded an index of 90,200 references to pages including keywords “ARF,” “advertising research” and “crossroads,” including at least one going back to 1963.

Another was a 2012 statement by Jane Clarke, managing director of the Coalition for Innovative Media Measurement (CIMM), which is now part of the ARF, in which she said: “The industry is at a crossroads and we need to be committed – as an industry – to addressing the problem.” 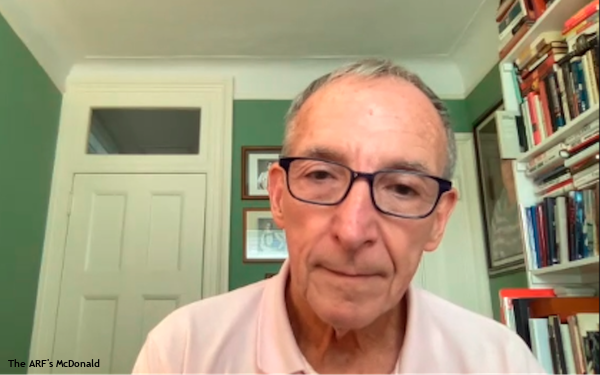 advertising, audience measurement, call to action, media measurement, research
11 comments about "ARF Calls For Action To Save Ad-Supported Media, Doesn't Say What It Is".
Check to receive email when comments are posted.
Read more comments >
Next story loading