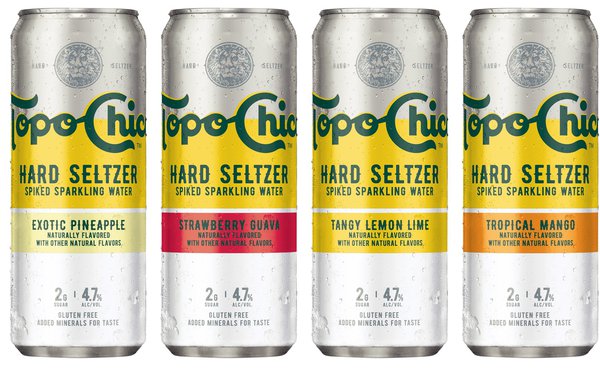 Topo Chico Hard Seltzer, a best-seller since hitting shelves in just nine states and seven metro areas in March, will go nationwide in January, announced Molson Coors, which distributes the brand in partnership with Coca-Cola.

The move sets up a national hard seltzer showdown in early 2022 between the two beverage giants, Coke and Pepsi, with the latter planning to launch its Hard Mtn Dew then, in partnership with Boston Beer.

Topo Chico is a definite success story in the overall hard seltzer marketing battle, which has seen such recent setbacks as Molson Coors’ abandonment of Coors Hard Seltzer and Boston Beer’s admission last week that shipments for its popular Truly brand were falling well behind expectations.

Demonstrating just how much buzz the brand has, a study released this week by behavioral researcher Veylinx found demand for Topo Chico Hard Seltzer to be highest in South Carolina, where the product is yet to be available.

And there may also be room for brand extension.

The Veylinx study -- titled “Is Hard Seltzer Bubbling Up or Fizzing Out?” -- also found consumers willing to pay more to get five of eight possible added benefits in Topo Chico, led by CBD resulting in an 18% lift.  That was followed by Topo Chico Lo Alcohol (7.6%), Topo Chico High Alcohol (4.1%), Topo Chico Energy (3.7%) and Topo Chico Vitamins (3.3%).  Adding sustainability, immunity or kombucha, though, resulted in decreased demand.

The study -- which also predicts purchasing habits for seven other hard seltzer brands -- was conducted in July and August among 2,702 U.S. consumers over 21.