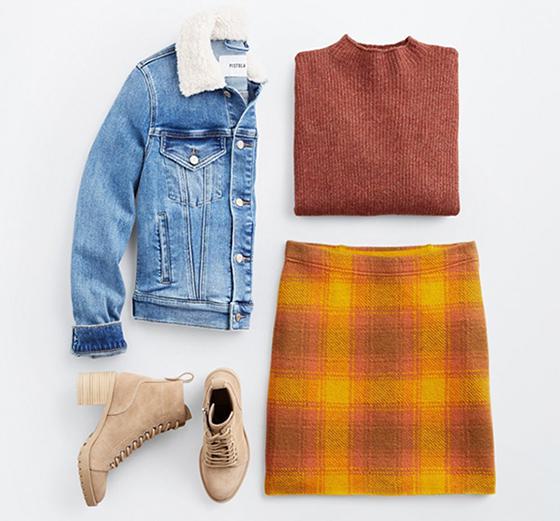 Anyone doubting Stitch Fix's continued ability to dazzle its customers should look at its most recent earnings. Not only did the company blast past forecasts, it also announced a major step-change to take sales to a whole new level.

The San Francisco-based company is introducing Stitch Fix Freestyle, an evolution in its technology platform that allows anyone to shop in their own personal store. That means people can buy items directly from the company for the first time without ordering a "Fix" first. (Fixes typically include multiple items selected by the company's human stylists using advanced analytics.)

Shoppers take a brief style quiz and then browse by brand, style, categories and occasion. That generates a personalized shoppable outfit feed for inspiration and discovery — without endlessly scrolling and filtering.

In announcing the new service, CEO Elizabeth Spaulding says it's the result of its decade-long head start in AI.

"We're reimagining the future of ecommerce, with the consumer at the center of it," Spaulding says in the announcement. "The introduction of Stitch Fix Freestyle delivers true personalized shopping, envisioned for today's consumer, who wants a highly-curated and personal experience."

The company announced the same day it reported fiscal fourth-quarter results, with sales soaring 29% to $571 million. That puts its annual sales past the $2 billion mark for the first time.

The number of active clients climbed 18% in the quarter to 4.12 million. Average spending per user added 4%, topping $500–another first.

Net income rose to $21.5 million, compared with a loss of $43.3 million in the comparable period last year.

However, some analysts think it unlikely that "Freestyle," which the company has been testing for some months, will be an instant hit. "It will take some time to build awareness around new features … as the company ramps marketing in newer channels," writes Mark R. Altschwager, a Baird analyst.

He rates the company "Neutral" and says he is encouraged by its ongoing ability to keep customers, with churn rates falling to all-time lows. "Revenue, client acquisition, and spend per-client trends are all moving in a positive direction."