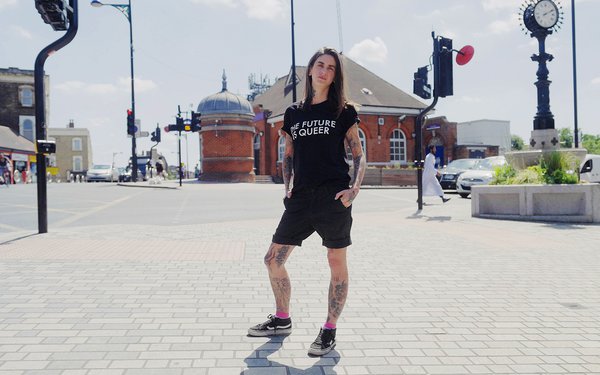 Brooklyn Brewery likes to boast of its namesake New York City borough as one of the most culturally diverse parts of the U.S., but for its new LGBTQ+-focused campaign, Create Space, the craft brewer has turned to a London-based queer creative agency, Improper.

“We were introduced to Improper a few years ago when our team put together a panel event in London focusing on queer rights and issues facing LGBTQ+ communities,” Samantha Itzkovitz, vice president of marketing at Brooklyn Brewery, told Marketing Daily. “As ambitions for our work in the LGBTQ+ space grew, our conversations deepened and it was clear Improper would be an incredible partner to hold us accountable, and make sure we were approaching everything from a genuine and impactful place.”

Brooklyn Brewery’s commitment to the LGBTQ+ space includes The Stonewall Inn IPA, which it introduced in 2017 as part of a team-up with The Stonewall Inn Gives Back Initiative (SIGBI), a nonprofit which also launched that year.

“We knew for certain that launching Stonewall Inn IPA globally had to come with a larger commitment to the LGBTQ+ community, beyond what we had already been doing with SIGBI in the United States,” Itzkovitz recalled. “It was imperative that we collaborated with a team who really understood what we were trying to do, what we were trying NOT to do, and had a genuine connection to the work. Improper is a queer creative agency that puts people and activism at the core of the message.”

Create Space, Itzkovitz explained, is designed to use Brooklyn Brewery’s influence and platforms -- website, social channels, advertising, virtual activations and events  --  “to actually create space for queer grassroots activism and to support those who are doing incredible work at the local level.”

“This is bigger than selling beer,” Itzkovitz stated on Create Space’s launch. “it’s about using our influence and weight as a corporation to support those on the ground who are fighting for actual change.”