Poshmark Powers Up Its Resellers With Tech Tools 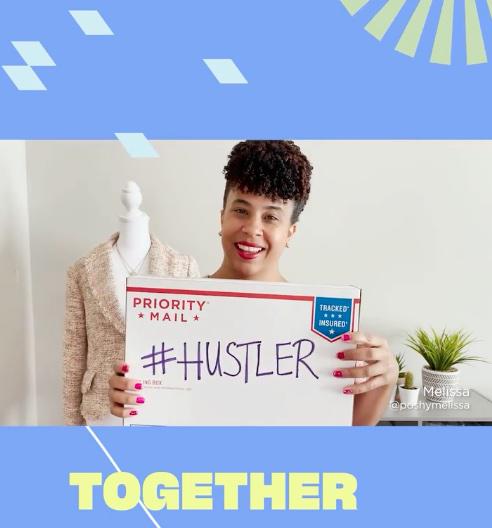 Poshmark is looking to increase its edge in the peer-to-peer fashion universe, introducing new tech tools to make it easier for its growing ranks of serious sellers.

“There will always be those doing this as a hobby, but others are turning this into growing reselling businesses,” said Manish Chandra, founder and CEO of Poshmark, in remarks given at this year’s virtual Poshfest. “We know they need more data and more productivity tools. We only win when sellers win,” he added.

The 10-year-old company started as a way to connect the closets of a few hundred people, committed to keeping clothing out of landfills while making a few bucks on clothes folks lost interest in. That’s ballooned into a publicly traded company that made $81.8 million in its more recent quarter, up 22% from the prior year. And the number of active buyers jumped 16% to 7 million, with the number of registered users rising to 80 million.

Chandra announced the appointment of Tracy Sun, a co-founder, as senior vice president of seller experience, a new role, to lead the charge.

The company also introduced tech tools to make it easier to get started on Poshmark and scale businesses as they become more successful.

Those innovations include My Shoppers, which the company describes as a “revolutionary clienteling feature.”

It functions as Poshmark’s version of a skilled in-store retail associate. Entirely backed by social commerce, sellers can use the tool to quickly move customers through the sales funnel, from sending promotional discounts to personalizing merchandise.

The Redwood City, California-based company has never been shy about its ambition to be every seller’s favorite platform.

“We want to enable everyone to participate in the digital economy by making it simple and easy to sell online and in doing so, upend the entire ecommerce experience as we know it,” says Sun in the company’s announcement. “We believe the future of shopping is in the hands of millions of people who seek a simple, social and sustainable way to shop, and we want to be their number-one destination.”

The circular fashion market has exploded in recent years, dominated by Poshmark and competitors like ThredUp, the RealReal and Tradesy.

Industry experts are optimistic about Poshmark’s continued prospects. Wedbush Securities just began coverage of the company, rating it as likely to outperform its competitors.

“We view the e-ommerce space as a long-term structural winner,” writes Wedbush analyst Tom Nikic in his recent note. “The best risk/reward comes from Poshmark.” Among its strengths: high buyer and seller loyalty and relatively low prices.

But he sees risks, too, including questions about profits margins, scalability, shipping costs and tech investments.

He says that while Poshmark did turn profitable during COVID-19, “that was partially due to an unsustainable 30% reduction in marketing expenses.”

And with the lowest revenue-per-order among its competitors, Poshmark needs “a lot of volume to be profitable,” Nikic satsl,

A likely source for that volume could well be India. Last month, Poshmark announced its launch in that country.

“As an Indian who grew up exploring the marketplaces of Old Delhi, I know firsthand how important it is to come together and connect as part of the shopping experience,” says Chandra in that announcement. He calls it one of the fastest-growing ecommerce markets in the world, “with a vibrant culture of thrifting and appreciation for sustainability.”