Reddit Lands In Germany With Advertisers, Where It Plans For Explosive Growth 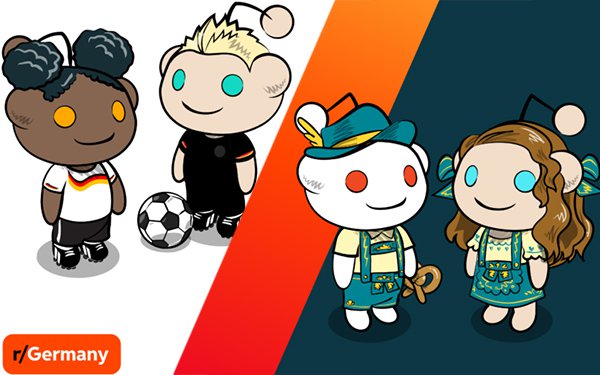 Reddit’s growth in Germany rose 47% this past year compared with the prior year. Germany is now home to the company’s fifth-largest user base.

The site has a pretty accurate search engine. Reddit search allows users to search for submissions and subreddits.

An entire section of the site explains how to search onsite, including case sensitivity and Boolean operators such as “and,” “or,” and “not.” There’s also field searches such as “author” or “selftext.”

While the company supports more than 100,000 global communities that bring like-minded people together, in Germany Reddit users spend an average of 27 minutes daily on the platform -- which, according to the company, is more time than they spend on Snap, Twitter or Pinterest.

To support this growth, Reddit on Tuesday announced a move into its first non-English speaking country, putting a dedicated team on the ground.

The majority of Reddit’s global Ads features are available to German advertisers with a couple of exceptions, according to a Reddit spokesperson.

Reddit released data with the news of its entrance into Germany that highlights its unique user base -- meaning they cannot be found anywhere else online.

Each month, they contribute 151 million posts in aggregate, which comprise comments, and votes on the platform.

Tariq Mahmoud, Reddit Head of International, will manage the team, based in Berlin, which spans community, sales, operations, product and engineering, But the company plans to appoint a locally based general manager in the coming months.

Mahmoud expects about 150% growth in Germany by the end of this year. Reddit has partnered with local companies, working with German-based moderators and communities, and establishing local advertiser partnerships.

Reddit has lots of room for growth in Germany, according to Statista Research. A study fielded in Q3 2020 and published in 2021 shows Reddit with 6% market share, alongside TikTok with 6% and Tumblr with 3%.

WhatsApp, with 87% of internet users saying they use the app in Germany, rated the app as the top social experience per the Statista Research survey data. YouTube came in second with a 69% response share, followed by Facebook with 63%.  Tumblr was the least-used platform, with only 3% of those surveyed stating they used the network.

It’s not Reddit’s first international move. The company expanded into Australia in July, and into Canada in March.