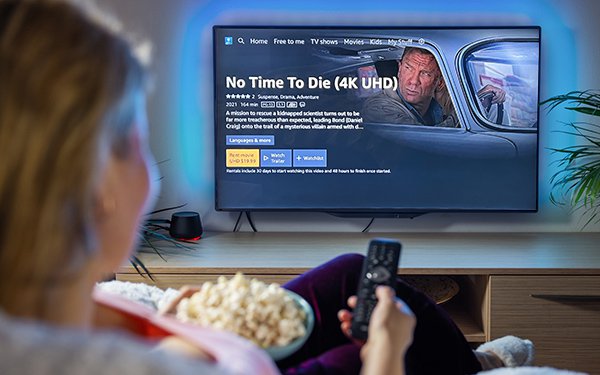 Soaring U.S. streaming consumer subscription revenue is up 19% to $18.5 billion through the first nine months of 2021 versus a year ago, according to Digital Entertainment Group, with data sourced by Omdia.

Streaming revenues is the only home entertainment consumer spending category to show gains this year, as physical and digital sales and rentals of movie and TV content -- including video-on-demand -- have declined.

“Factors limiting growth in the first nine months of 2021 include few new theatrical releases, which are historically a key driver of home entertainment spending, particularly in the earlier part of the period,” according to a DEG statement.

DEG says physical sales and rentals of discs are each down 21% through September, to $1.38 billion and $629 million, respectively.

Digital sales of movie and TV content fell 25% through the first nine months of 2021 to $1.7 billion. Video-on-demand revenues -- not including personal video on demand -- sank 28% to $1.3 billion.

When looking at all home consumer entertainment spending, revenues are up 6% to $23.6 billion -- largely due to the continued sharp rise in streaming.