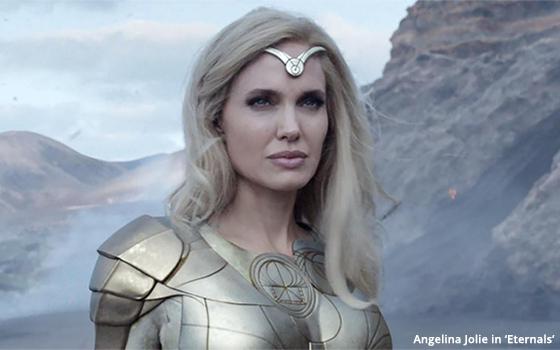 On the same weekend that Walt Disney/Marvel Studios' "Eternals" pulled in another healthy $27 million at the U.S. box office -- leading all theatrical films for the second week in a row -- Sony Pictures' "Venom: Let There Be Carnage" hit $202.7 million, the second movie in the pandemic era to achieve the $200 million mark in the U.S.

Only Disney’s "Shang-Chi and the Legend of the Ten Rings" has topped that mark -- now with $224.4 million.

Of the movies that opened this past weekend, Paramount Pictures' "Clifford The Big Red Dog" debuted with a healthy $16.4 million for the three-day weekend -- and $22.0 million over a five-day period. Focus Features' "Belfast" came in at $1.8 million in limited release.

What it comes to national TV marketing, for the most recent two-week period -- October 31 through November 13 -- "Eternals" continues to lead all movies in key national TV advertising metrics -- with $7.2 million in estimated spend, 1,589.5 equivalent 30-second commercials, and 791.1 million impressions, according to iSpot.tv.