Paramount+ Adds A Record 1 Million Subscribers In A Week 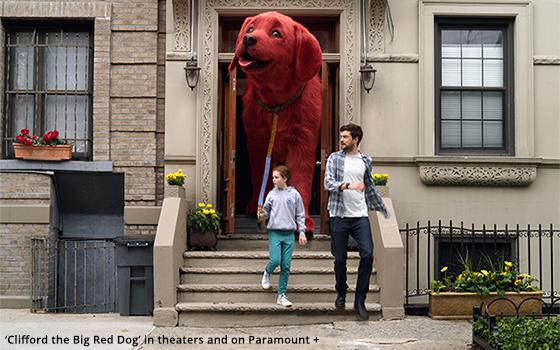 The boost was thanks to a highly touted new TV show from the creator of “Yellowstone” and a simultaneous streaming-theatrical debut of “Clifford the Big Red Dog.”

By way of comparison, all ViacomCBS streaming platforms -- including Paramount+ and Showtime -- pulled in 4.3 million new subscribers over a 12-week stretch of the third quarter this year.

During its third-quarter earnings release, ViacomCBS said all its streaming business -- including Showtime -- totaled 47 million subscribers globally. The ViacomCBS company does not disclose total subscribers for individual streaming platforms, including  Paramount+.

Over the most recent month-and-a-half period, Paramount+ amped up marketing efforts -- particularly around the new original, exclusive show “The Mayor of Kingstown,” which came from the co-creator of the Paramount Network show “Yellowstone.”

The new series had the benefit of six weeks of ViacomCBS spending $3.2 million in national TV advertising, as well as placing TV promos on ViacomCBS networks with a media value of $4.9 million. Total effort pulled in 626.9 million impressions.

Separately, “Yellowstone” on the cable TV Paramount Network started its fourth season on November 7, posting a massive 14.7 million viewers, according to Nielsen’s live program plus three days of time-shifted viewing. This was up 66% from Season Three premiere.