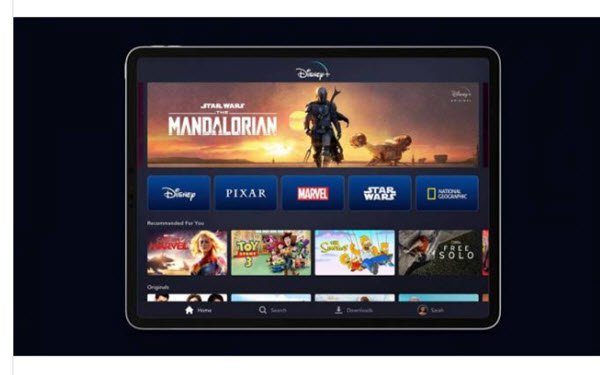 The Walt Disney Company is doubling down on content investment for its fiscal 2022 — upping its budget to $33 billion, from $25.3 billion in fiscal 2021, according to the company’s annual report.

“The increase is driven by higher spend to support our DTC expansion and generally assumes no significant disruptions to production due to COVID-19,” Disney stated in a 10-K filed with the Securities and Exchange Commission last week. Disney’s new fiscal year started on Oct. 1.

Disney’s confirmation of significantly increased spending on content for Disney+, Hulu and ESPN+ follows recent calls from some analysts for the company to adopt exactly that strategy to meet its Disney+ growth targets, in particular.

After Disney CEO Bob Chapek told investors in September that Disney+ had “hit some headwinds” in fiscal Q4 that would result in slowed (“low single-digit millions”) subscriber growth, Barclays analyst Kannan Venkateshwar slashed his earnings estimate and price targets for Disney, and argued that Disney+ would have to boost its original content to achieve its target of 230 million to 260 million subscribers by fiscal 2024.

MoffettNathanson senior analyst Michael Nathanson stressed that the company would need to attract the 50+ demographic by developing adult-oriented general entertainment content like that offered by Netflix and Disney’s own Hulu.

But based on some of his own comments, Chapek was already committed to that direction.

Last month, he told investors that Disney+ needs to appeal to all age demographics. “That’s why we’ve fired up the production engines of our Fox team... Searchlight... and our general Disney Channel entertainment team, making content for both Hulu and Disney+,” he said.

However, some Disney executives are reportedly leery of alienating the brand’s core customer base by moving to non-family fare in a much more significant degree.

In its 10-K filing, Disney also reported that in fiscal 2022, its Studios division plans to release about 50 films destined for both theaters and its D2C platforms, while its General Entertainment division plans to produce or commission 60 unscripted series, 30 comedy series, 25 drama series, 15 limited or docu-series, 10 animated series and five made-for-television movies.