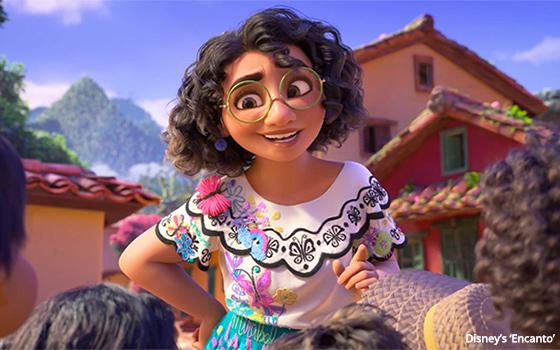 With a month to go before the end of the 2021 movie season, national TV advertising for theatrical movies continues to cautiously rise -- in terms of airings, impressions realized and estimated spending.

But all key advertising data is still well below a similar pre-pandemic 2019 period.

The most recent weekend -- coming just after Thanksgiving -- was a relatively quiet one, with North American box office at $51.4 million, according to Comscore.

Disney’s “Encanto,” now in its second week, posted the best results for the most recent Dec. 3-5 weekend, at $12.7 million. Sony Pictures’ “Ghostbusters: Afterlife,” in its third week of release, came in at $10.4 million. This was followed by MGM/UA’s “House of Gucci,” with $6.8 million.

Just one new movie debut made it into the top 10 of box-office revenue: Faith Media Distribution’s “Christmas with the Chosen: The Messengers,” which earned $4.1 million.