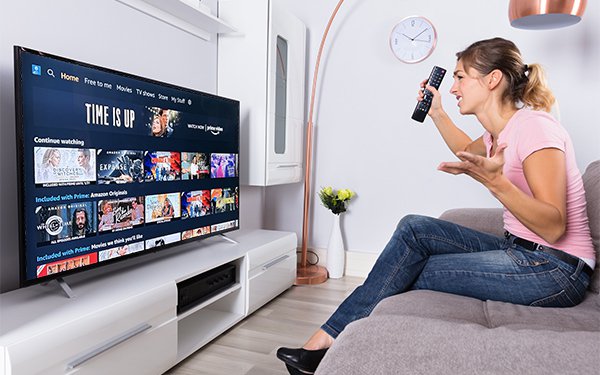 Entertainment streaming consumers increasingly have issues with the premium streaming industry, which is still relatively young, in terms of price, content, and ease of navigation, according to a new Accenture Research survey.

Some 60% of global users think the content they pay for is not “relevant” to them. When asked what percentage of content provided by five major streaming services is relevant to them, no service topped 40%.

“That’s not far off from what we found consumers thought about the content they paid for from their cable providers a few years ago,” wrote the survey’s authors.

In addition, 60% are also frustrated with their experience navigating among different streaming platforms, and 56% said they wish their profile from one service could easily be shared with another service that may offer better, more personalized content.

“Through our research, consumers said the video streaming experience has become somewhat unwieldy, unfriendly, and expensive for many of them,” said Andrew Walker, global Communications and Media industry group leader at Accenture, in a release.

Over one-third believe streaming platforms are becoming too pricey. As a result, 33% will “somewhat” or “greatly” decrease spend on media and entertainment across subscriptions and one-time purchases in the next 12 months. In the U.S., the percentage looking to cut back on streaming is at 40%.

Globally, 63% of consumers say streaming has become too expensive to pay for the entertainment subscriptions they want. In the U.S. that number is 70%.

Accenture says in the U.S. alone, there are more than 200 streaming options. It believes “aggregators will emerge, and grow more prominent; they will be critical to resolving customer frustrations.”

Accenture Research’s online survey was conducted with 6,000 consumers ages 18 and older in 11 countries. Fieldwork was conducted between October and November 2021.