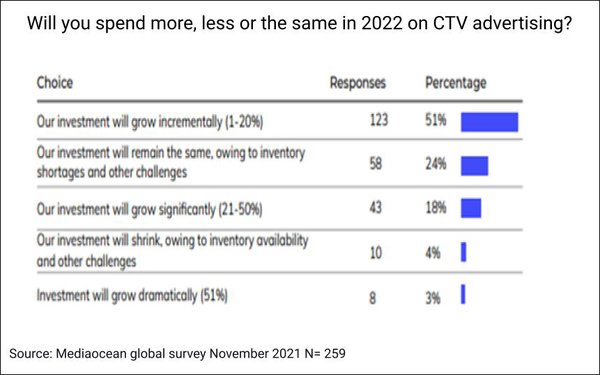 Even amid the ongoing stream (weak pun intended) of news about cross-channel measurement, this week stood out for several notable new developments.

Those included Nielsen’s launch of a tool to help media buyers predict, in real time, who within a given household is watching a specific program on connected TV (CTV);  NBCUniversal’s announced expansion of its NBCUnified first-party identity platform; and Comscore’s launch of a single-source measurement service.

Each one of these has potentially major ramifications for CTV’s ability to be integrated effectively in cross-media ad buys and realize its full potential.

The week was capped off with more evidence of just how important those objectives are in the estimation of brands, agencies, media companies, measurement firms and tech platforms, via a just-released global survey of 259 of those executives conducted in November for Mediaocean by TechValidate.

Asked about their planned investment in CTV advertising in 2022, fully half (51%) indicated that they’ll up this spend incrementally (anywhere between 1% and 20%), 18% plan to increase it significantly (21% to 50%), and 3% plan a dramatic increase (averaging 51% over eight respondents). Further, another quarter (24%) plan to maintain 2021’s spending level. That left just 4% who expect to decrease CTV spend (chart at top of page).

Within the broader media picture, CTV and digital display/video are the clear priorities for spending increases this year, followed by social media and search. 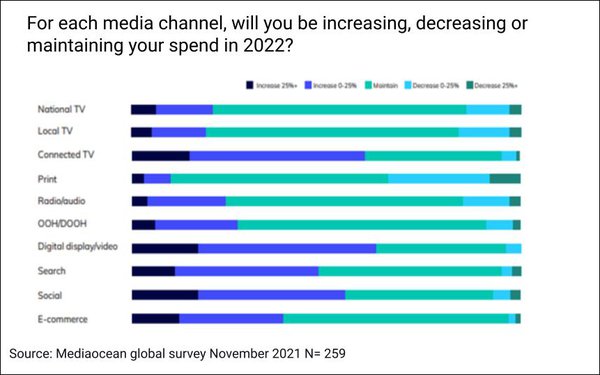 Asked which marketing tech innovation they think will be most impactful for their advertising in 2022, 60% of these executives indicated “improvements in integrated media planning and execution,” and 45% chose “converged TV measurement/planning.” 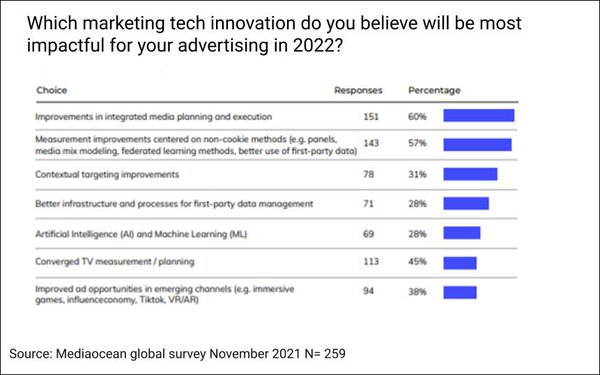 However — perhaps in part because of the increased emphasis on CTV and streaming — when asked about their biggest marketing concerns within a broad range of possibilities, “poor ability to manage reach and frequency across CTV and digital channels” nearly tied for first place with “decline in ability to measure campaign effectiveness on tech platforms and open web.” 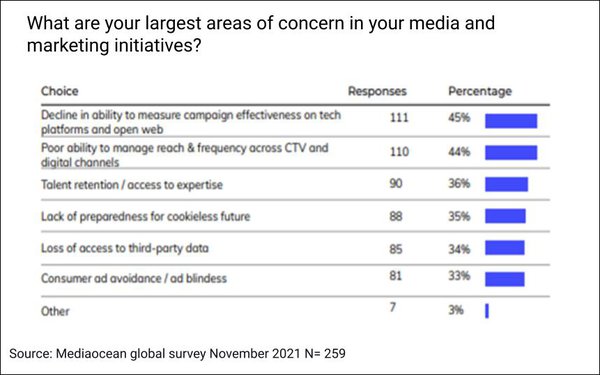 And when asked specifically about CTV ad fraud and viewability, well over half (57%) indicated that they’re “somewhat” concerned, and 24% “very” concerned, versus just 19% not at all concerned. 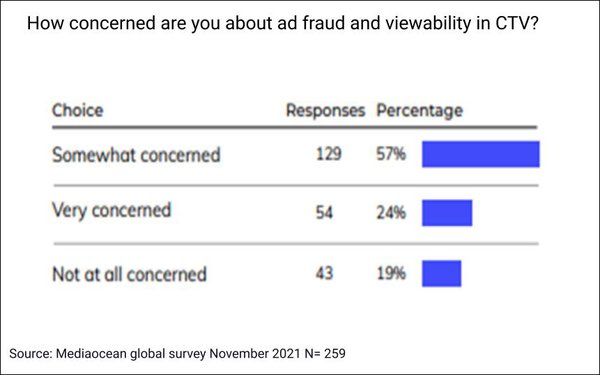 In short, 2022 is guaranteed to be another year of rapid growth and change for CTV and all things streaming — and while the kinks will take a few more years to work out fully, with this much concerted focus, there’s also bound to be significant progress in addressing the areas of concern over the next 12 months.