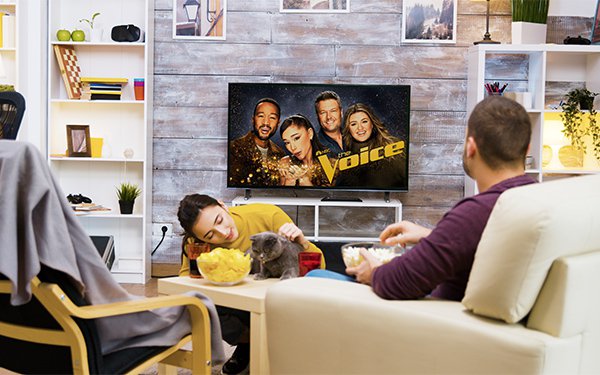 Now, almost two years after the onset of the COVID-19 pandemic, Samba TV says all entertainment TV marketing -- including for TV shows and theatrical movies -- has risen to near pre-COVID levels for national TV -- around 125 billion impressions in the third quarter of 2021.

This is up substantially from 80 billion in the second quarter of 2021, according to the TV measurement company, when stay-at-home orders were still in place for much of the country. Overall reach for linear TV has remained consistent — at around the 90% level.

“The decrease in linear impressions across top advertisers corresponds with many placing increased weight in CTV and digital. Data shows this can be an imperative strategy,” says a Samba TV report.

So-called “light” TV viewers may continue to be a problem for entertainment marketers -- especially those only using linear TV advertising exposure.

These viewers -- traditionally, those who watch less than two hours of linear TV a day -- are more likely to watch streaming platforms than any linear network, according to Samba TV. It says nearly 70% of these households tune in to OTT content.