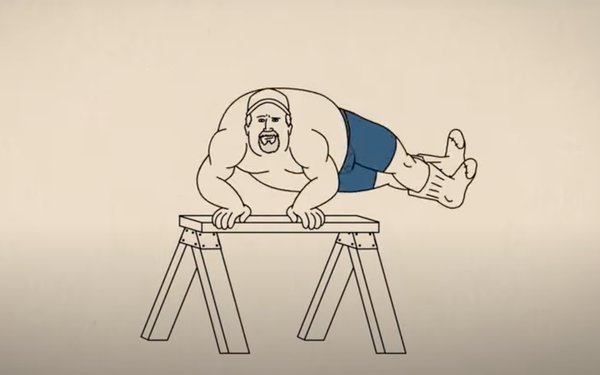 Duluth Trading Company, the quirky workwear brand that relies on cartoon he-men, is growing fast. The company says it intends to strengthen its direct-to-consumer channel with digital investments, even as it continues to expand its portfolio of brands.

For the full year, the company reaffirmed that it expects sales in the range of $700 million to $715 million, with earnings in the $73 million to $75 million range.

In a presentation to investors, the company said it will intensify its focus on direct channels as its primary growth vehicle, with its 65 retail stores continuing as a critical piece of its omnichannel strategy.

While no new stores are planned for the year ahead, Duluth says it is in the midst of deeper research into where stores should be, what they should look like, and how they can fuel both on- and offline sales and service.

Based in Mount Horeb, Wisconsin, the company sees itself as a growing lifestyle platform of digitally led brands, with "distinctive marketing made to break through the clutter and drive buying."

Its official mission, "celebrating the can-do spirit by enabling anyone who takes on life with their own two hands," puts Duluth in competition with such brands as Carhartt; Dickie's and Timberland (both owned by VF Corp.); and Wolverine.

And like those names, it hopes to continue workwear's long tradition of looking equally at home on rappers, hipsters and movie stars as it does on construction sites.

Jonathan Komp, an analyst who follows the company for Baird, believes there is plenty of room to grow. In his note on the company's results, he writes there are "significant opportunities to evolve its brand architecture to target distinct customers with different end uses."

Upcoming launches include "Duluth by Duluth Trading," a dual-gender brand, with marketing that uses real people for the first time, "while maintaining a humorous edge," he writes.

The company plans to reposition its Alaskan Hardgear line as AKHG by Duluth Trading Company, targeting both men and women outdoor consumers.  That's set to debut this spring.

And in a nod to people's love for its underwear, the company says it's planning a launch of First Layer Brand by Duluth Trading. "This will allow us to elevate our underwear assortment and intensify our focus on a high-value growth category," company execs say. "We will focus on growing key categories such as underwear, undershirts, under layers, pajamas, and loungewear."

Despite its supply-chain struggles, a near-constant challenge for apparel companies, Komp believes Duluth is on track to top $1 billion in sales by 2025.

Komp, who currently rates the stock as an "Outperform," also sees potential for distribution options. For example, the company has been testing the sale of Buck Naked underwear in roughly 100 Tractor Supply stores.