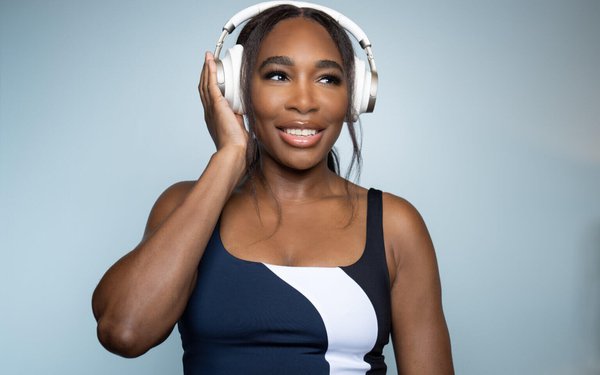 The new “Goodbye Gymtimidation” campaign is based on the company’s research that 67% of American women have some level of workout anxiety when heading back into a fitness routine. (For millennials, it’s higher, at 80%, and for new moms, 82%.)

It also reports that 70% of women have skipped a workout because they didn’t have workout clothes that made them feel confident.

In its announcement, the company asks customers to stay tuned for advice from Williams and news about EleVen, the apparel company she launched back in 2007.

(Williams, who has degrees in fashion design and business, reportedly named the company for her personal goal of always doing better, to be 11 on a scale of 10.)

Stitch Fix says the campaign will include Williams’ tips, including the knack for finding workout clothes that make women look and feel their best, as well as her motivational playlists.

Because mental and emotional health is so high on women’s priority lists right now, the San Francisco-based company is also partnering with Happier, an app that helps people overcome mental barriers. It says it’s giving away 1,000 free six-month trials with access to wellness content.

The partnership comes as Stitch Fix continues to look for new ways to expand beyond its initial Fix approach, a selection of several types of clothes curated by a stylist, to Stitch Fix Freestyle, which allows people to browse and buy whatever they want.

The new tactics are paying off. In its most recent quarterly results, the company says net revenue grew 19% to $581 million. Active clients grew to 4.18 million, a gain of 11% from the same quarter of the prior year. And net revenue per client rose 12% to $524.

Its losses shrank to $1.83 million, a better performance than analysts expected, compared to a loss of $9.5 million in the year-earlier quarter.

What took observers by surprise, however, was its subdued forecast for the future, with the company suggesting its revenue gain for the second quarter of its fiscal year to come in between $505 and $520 million, lower than investors expected.

That indicates that a “Freestyle bull case is increasingly unlikely, exacerbated by higher churn in the core Fix business,” writes Lauren Schenk, who covers the company for Morgan Stanley.

She adds that although Freestyle is a broadening of the original Stitch Fix approach, it offers “limited competitive differentiation…Rather, management has found onboarding new Freestyle customers more difficult and costly than originally expected, which is surprising given the nearly two years that the program has been tested with current customers.”

She also notes Freestyle is cannibalizing some of the Fix business, where customer churn has increased.