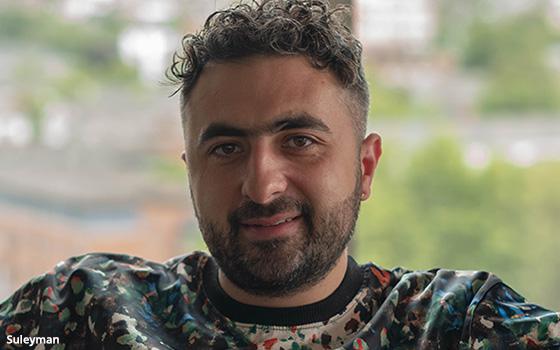 Suleyman joined Google when the company bought DeepMind in 2014 for $650 million. He spent eight years at Google, where he served most recently as vice president of AI product management and policy.

At Greylock, Suleyman will spend his time advising early-stage companies and investing in promising startups in the AI space, according to Reid Hoffman, venture capitalist at Greylock and co-founder of LinkedIn, now owned by Microsoft.

The two met at a London pub where Hoffman remembers he tried his first “toad in the hole,” or sausages in Yorkshire pudding batter.

What struck him most about Suleyman was the “inspiring and provocative discussion on the power and potential of AI to help solve some of humanity’s most urgent challenges,” he wrote in a post.

Suleyman’s years at Google were turbulent. He reportedly was placed on administrative leave in 2019 following allegations that he bullied employees. Suleyman told Hoffman during a podcast this week that he "really screwed up" and remains “very sorry about the impact that that caused people and the hurt that people felt there.”

As The New York Times reported, Suleyman, known to friends and colleagues as Moose, was not an AI researcher by trade, but he led the company into health care research. He also became a representative voice against using the company’s technology for military applications. It led to a clash with Google when he resisted a project with the U.S. Department of Defense.

Google has also integrated DeepMind's technology to improve a variety of applications, such as arrival time estimates in Google Maps, and detect breast cancer.

In 2017 and 2018 a couple of colleagues made a complaint about his management style.

“I was very demanding, and pretty relentless,” he said. “I think that at times that created an environment where I basically had pretty unreasonable expectations of what people were to be delivering and when, and ended up being pretty hard charging, and that created a very rough environment for some people.”