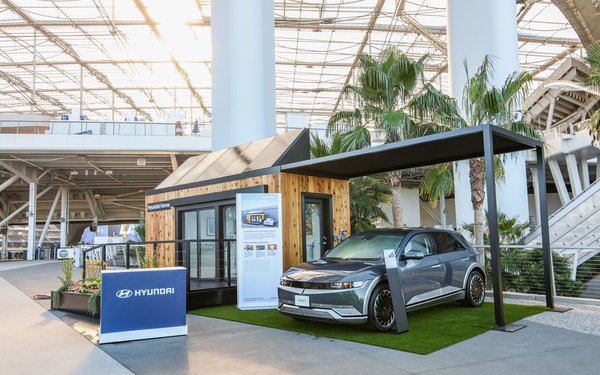 Hyundai has signed on as a founding partner of SoFi Stadium and Hollywood Park, and has inked team deals with both the Los Angeles Rams and Los Angeles Chargers.

The sponsorship of the two NFL teams includes branding and experiential activations at home games.

Hyundai will use the sponsorships to communicate its future mobility innovations and vision of “clean mobility,” says Angela Zepeda, CMO, Hyundai Motor America.

“Those attending games or events will not miss the Hyundai branding, while learning more about our commitment to a zero-emissions future,” Zepeda says in a release.

The stadium is right up the freeway from Hyundai’s North American headquarters.

The automaker’s presence throughout the Southern California region and its commitment to the environment and sustainability make it a natural partner for the project, adds Jason Gannon, managing director, SoFi Stadium and Hollywood Park.

The deal includes numerous branding and display elements. In the North Plaza, Hyundai will have the all-new, all-electric Ioniq 5 and the recently announced Hyundai Home clean energy ecosystem on display. Hyundai will also sponsor 60 vehicle-charging stations across the Hollywood Park campus.

During Rams and Chargers home games, Hyundai branding throughout the stadium will include the Infinity Screen by Samsung, the largest video board ever created in sports, along with LED ribbon boards and digital signage throughout the Hollywood Park development. Hyundai will also have fan giveaways and Tucson and Santa Cruz vehicle displays in American Airlines Plaza.

Hyundai’s sponsorship of the Rams and Chargers adds to its other team relationships that includes the Bears, Cardinals, Buccaneers, Eagles and Texans.