Lululemon: One Hour Of Social Media Is All We Can Take 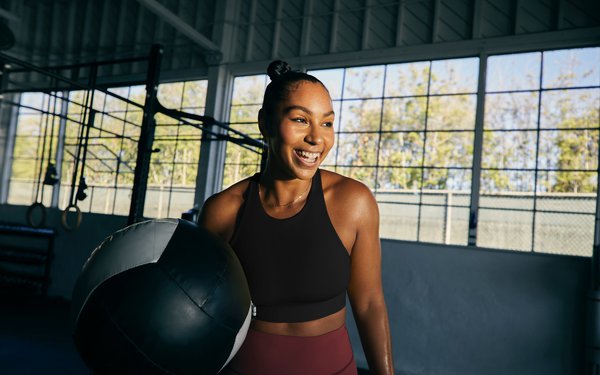 Lululemon Athletica just released its second annual research on well-being worldwide, showing that optimism is returning. Among the findings: People who limit social media use to an hour or less per day do better than the rest of us, as do people going back to a physical workplace full-time.

The company's Global Wellbeing Index, which tracks physical, mental and social health, ticked up a point to 66 (out of 100). And optimism is up sharply, with 54% feeling good about the future, compared to just 40% in last year’s survey. Yet only 29% rated themselves as doing well in all three dimensions, about the same as last year.

The research looks at 1,000 adults in 10 different countries, with people in China having the most robust sense of well-being at 75, followed by France and Singapore, both at 68, and the U.S. at 66. Japan ranked lowest at 61, with both the U.K. and Australia following at 62.

People are consciously looking for ways to climb out of that pandemic funk, with the number of people spending time outdoors rising 10% from last year’s survey, those getting more physical activity up 9%, and connecting with people and taking more breaks throughout the day (both up 8%).

And while social media feels like a good thing to 53% of respondents, who say it boosts their sense of connection, those who use it more than an hour a day say it has a negative impact, causing them to compare themselves with other people and actually miss out on social connections.

Scores are lowest for Gen Z, where only 21% have strong well-being in all three dimensions. They are also one and half times less likely to manage stress effectively. And 53% say they have higher levels of loneliness, compared to 40% of the total.

Gen Z is also the heaviest user of social media, at an average of three hours per day.

And while those physically returning to work full-time tracked higher on well-being than others, the study also finds changes in employee expectations. About 53% of the returning-to-work people are worried about COVID-19 exposure, and 52% fear they’ll have less personal time. And 44% say they expect more support from their companies, including more flexible scheduling.

Lululemo, based in Vancouver, also says it plans to offer mental health first-aid training to all employees by 2023, equipping them to spot signs of distress and connect people with the appropriate resources. Through the company's charitable arm, the Centre for Social Impact, it is awarding $2.25 million to grassroots organizations and global nonprofits focused on well-being.

Meanwhile, the company continues to navigate some choppy waters, recently announcing that Omicron may cut into its earnings, and slashing the sales outlook for Mirror, its connected fitness division.

Still, observers seem confident Lululemon can navigate better than some of its competitors, with some reports speculating that it may be interested in acquiring the struggling Peloton.