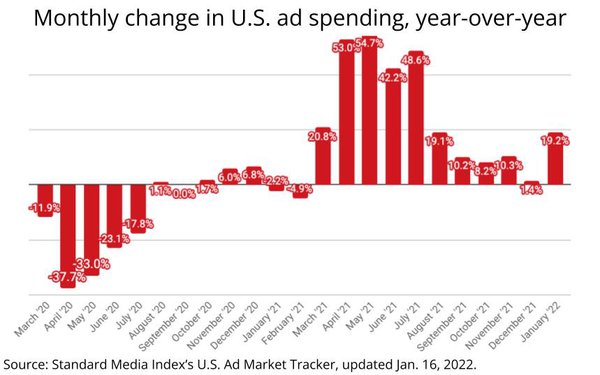 The ad year began with a 19.2% surge in spending in January vs. the same month a year ago, marketing the 11th consecutive month of post-COVID gains for the U.S. ad marketplace, according to just-updated dated from the U.S. Ad Market Tracker, a collaboration of Standard Media Index and MediaPost derived from actual advertising buys processed by the major agency holding companies and independent media service agencies.

January's increase is the best since August 2021, and compares with a January 2021 decline of 2.2%, indicating the U.S. ad marketplace continues to be well out of recession.

The expansion continues to be driven by smaller ad categories. While the top 10 rose 11.1% in January, all others expanded 33.3% vs. the same month a year ago. 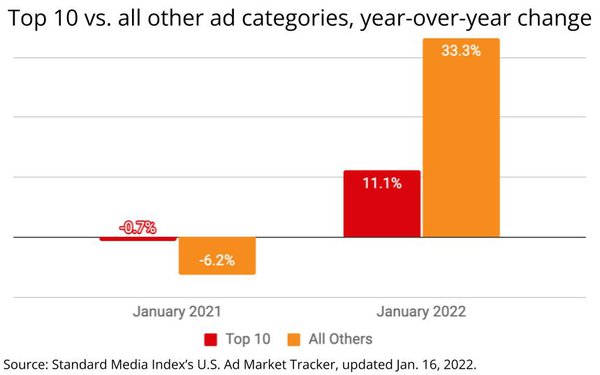 Digital continues to be the biggest growth driver in terms of volume, but out-of-home media had the greatest year-over-year growth, rising 133% vs. January 2021. All the major media showed gains in January, but TV's ad growth was the laggard. 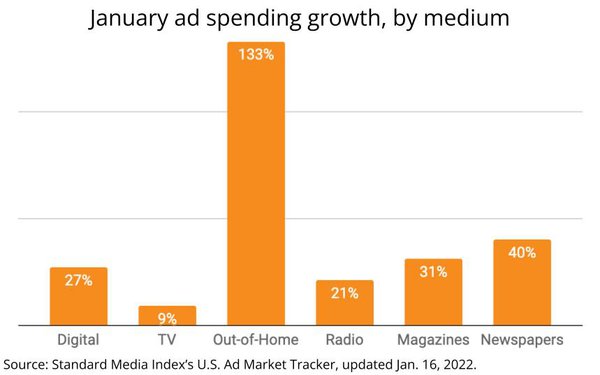 Among the major media suppliers, Google continues to dominate in terms of market share, but Comcast had the greatest growth (+32%) due to big gains from technology, pharmaceutical and consumer packaged goods spending.

Disney was the only one of the major media suppliers to see declines in January (-4%), which SMI's analysts attributed to declines in cable TV sales -- mostly at ESPN -- and pull-backs from key product categories such as consumer packaged goods and pharmaceutical. 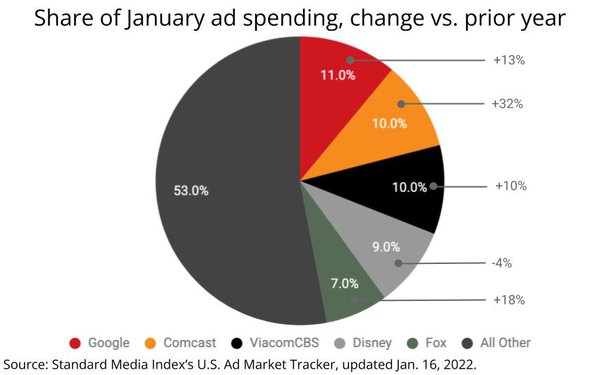