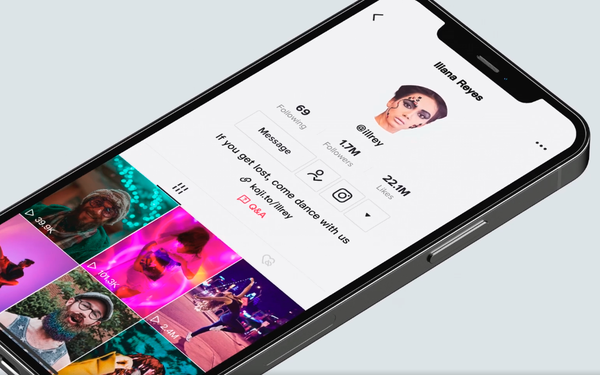 Koji, a link-in-bio platform and app store built for the creator economy, Thursday launched an integrated crypto wallet. This update is intended to connect the creator economy with crypto and Web3, bringing them to influencers on big social media platforms like Instagram and TikTok with no browser extensions or required app installs.

Link-in-bio companies are creating ways for social media users to sidestep the limitations of networks like Instagram and Tiktok on the number of links they can paste in their bios. For example, with Linktree, the list is embedded within account bios that allows users to link to other content, whether an online store associated with the brand, a piece of publicity, or any other content.
Link-in-bio services help companies, brands, and social media influencers –– artists and makers of all kinds –– turn a profit with their fan base, and their role has expanded alongside the creator economy, an industry that gained $5 billion from venture capitalists in 2021.

Link-in-bio companies vary in their overall goal. While Linkfire focuses primarily on their involvement with musicians and the music industry, Koji offers a plethora of mini-apps covering a vast range of uses –– Q&As, video-embedding, a favorite-things feed, truth-and-dare, etc.

One of their most popular apps is a digital tip jar, with all donations going directly to creators, as well as an app called "Billboard," which allows creators to sell ad space on their profile. While Koji takes a 15% cut of sales from most mini apps, sign-ups and downloads are free.

“The link-in-bio is like a shell; it’s like a canvas onto which you can choose to add these tools,” Dmitry Shapiro, a co-founder of Koji, recently told The Atlantic. The same article described this arm of the creator economy as “one of the most coveted pieces of real estate on Instagram and TikTok.”

Koji recently introduced its “NFT Storefront” -- an app that allows creators and NFT owners to sell their NFT’s directly from their link-in-bio.

“Someone who has never interacted with crypto can visit a creator's Link in Bio, mint an NFT, and then use that NFT to access exclusive content in one of the creator’s other apps, all without ever leaving Instagram or installing a wallet app,” said Shapiro in a recent statement.

Alongside this new crypto wallet, Koji is launching new apps for minting NFTs, including an image minter, a profile-picture generator, and an app that allows creators to run NFT giveaways. The company also stated that “dozens more” NFT and Web3 apps will be released in the coming weeks.

The new crypto wallet is available to all subscribers today and supports Ethereum and Polygon blockchains.

As link-in-bio companies become more prevalent and influential –– at the end of January, Koji had raised a total of $36 million in funds –– it's increasingly important for marketers to understand the tools and avenues that are helping the creator economy to expand.