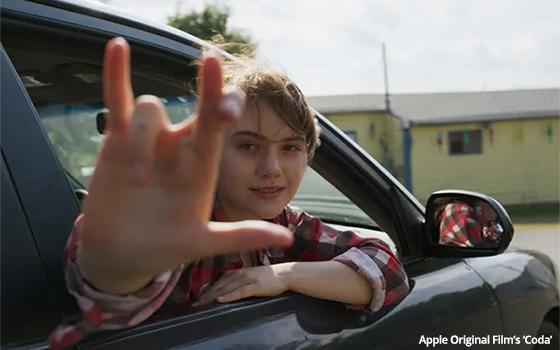 Apple was estimated to have spent more than $10 million on the movie's Oscar advertising campaign alone, according to Variety -- more than the film's production budget, believed to be under $10 million.

According to iSpot.tv, the movie’s entire national TV advertising budget was estimated to be $4.98 million for the period from August 3, 2021 through the end of March 23, 2022.

Heading into the event, Netflix -- for the third straight year -- led all studios/distributors in Oscar nominations with 27 -- topping Walt Disney's 23.
For years, Netflix has looked to win top honors for the Best Picture award.

Netflix came away with just one Oscar trophy: Jane Campion for best director of "The Power and the Dog." The movie had 12 nominations overall including for Best Picture. Netflix's "Don't Look Up" was also nominated for Best Picture.

When looking at all studios and distributors, Warner Bros. was tops, winning seven awards, while Walt Disney had six. Other streaming-centric distributors that received nomination included Amazon Studios, 4; and Hulu, 1.