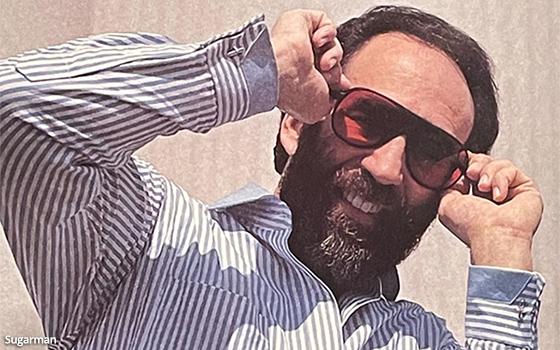 Joe Sugarman, seller of Blublocker sunglasses on TV and one of the last of the wacky copywriters who drove the mail order business, died on March 18 in Las Vegas. He was 83.

Sugarman was an agency staffer in Chicago who in 1966 printed thousands of Batman Credit Cards, seeking to capitalize on that TV craze.

It didn’t work. Sugarman ended up with dozens of boxes in his basement, and was still handing the joke cards out to guests at conferences decades later.

But he soon morphed into an expert direct marketer, starting the JS&A catalog in 1971, a personal catalog that reflected the product choices and quirks of its owner. His direct-response space ads alone delighted a generation of readers.

He offered readers $10 for every spelling error they found in his copy (“Please don’t correct my grammar”).

He offered “loaner” watches to customers as part of a service guarantee.

He offered a $6 million home for sale in the airline magazines, accepting American Express, Visa, MasterCard or any negotiable hard currency.

It wasn’t all yuks—JS&A sold the first pocket-calculators through JS&A, and pioneered use of the toll-free 800 number for credit card orders.

I am about to tell you a true story. If you believe me, you will be well rewarded. If you don’t believe me, I will make it worth your time to change your mind. Let me explain.

Joseph Sugarman was born in 1938 to Faye (Levine) and Benjamin Sugarman.

He studied electrical engineering at the University of Miami, but was drafted six months prior to graduation, and served with the U.S. Army in Germany, working in Army Intelligence and later with the CIA, according to the MauiNow.

His books include Advertising Secrets of the Written Word, Success Forces, Triggers, and The AdWeek Copywriting Handbook.

In later years, living part-time on Maui, he owned and ran The Maui Weekly.

Sugarman is survived by his children April Sugarman-Smith and Jill Sugarman-Fickett; his grandchildren Connor and Felicity Smith; and his sisters Barbara Schultz, Nancy Sugarman, and Judy Sugarman.