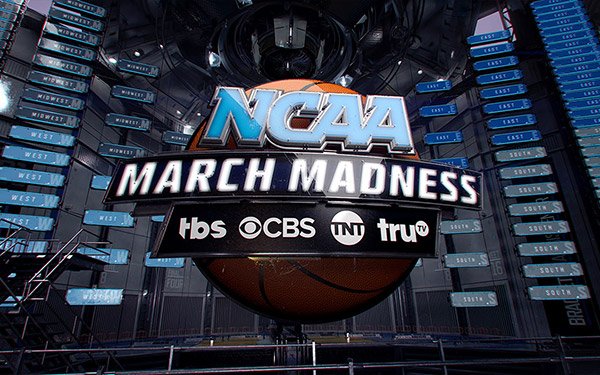 Heading into the last weekend of NCAA’s "March Madness" event, the Men’s College Basketball tournament, CBS/Turner network airings have seen a massive 24% rise in viewership versus a year ago for an average game -- to a Nielsen-measured 3.87 million viewers.

But the games are still 3% lower than the 2019 pre-pandemic tournament, which averaged 4.0 million viewers.

This year, four games have exceeded 10 million viewers, compared to none last year.

The highest-rated game so far came in at 13.6 million viewers -- for the St. Peters-University-North Carolina “Elite Eight” round game, in which North Carolina won 69-49.

This game ended St. Peters’ long run as underdog in the event, after winning its first three games (First round, Second round, Sweet Sixteen). The school became the first 15th-seeded teamsin NCAA tournament history to reach the final eight teams.

From the First Four/First Round through the Elite Eight round of games, iSpot.tv estimates that $519.8 million in national TV advertising was spent -- yielding an estimated 21.4 billion impressions.

This year, major paid advertisers in the tournament so far include AT&T Wireless, Geico, Progressive Insurance, Buick, Nissan, GMC, Lowe’s, and Capital One.

There are two semifinal “Final Four” games left to be played, and one championship game.

When the First Four Play-In Games are included. there are a total of 67 games played in the event.