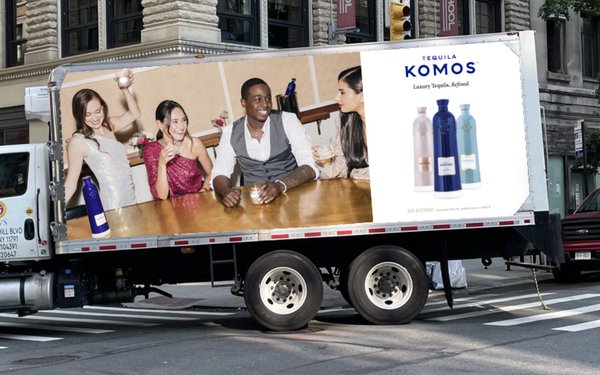 Sunday’s Oscar broadcast, which certainly won’t go down in history as a refined affair, did kick off a rather refined ad campaign, though: “Luxury Tequila, Refined,” the first major marketing push from two-year-old Tequila Komos.

The one-time-only :15 spot , which ran right before Jane Campion picked up her Oscar for best director, is part of a multichannel effort rolling out through the second quarter that also features:

The campaign was shot at New York City restaurant Legacy Records, known for allowing patrons to spend time with the chef in the kitchen after their meals. That, Tequila Komos says, reflects its three brand attributes: quality, inclusivity and revelry.

So exactly how refined is Tequila Komos? The brand’s three expressions -- Añejo Cristalino, Reposado Rosa and Extra Añejo – are aged in wine barrels and aerated in Greek amphorae (tall ancient Greek jars with two handles and a narrow neck).

And bottles of the ultra-premium tequila, which is sold on-premise, off-premise and online, start at $126 on ReserveBar.