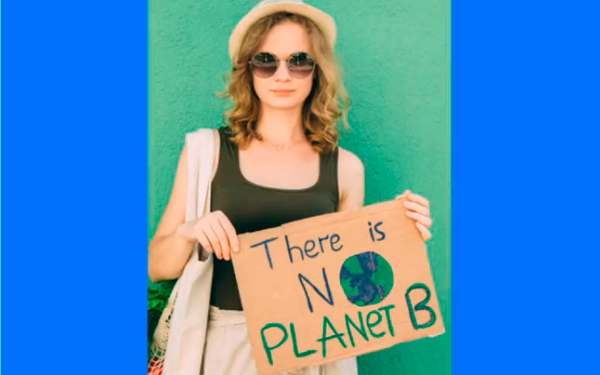 Pinterest on Wednesday announced that to “inspire a better future,” it will ban all misleading climate-related information -- including content and ads -- on its platform, making it the first major digital platform to do so.

The new policy presents a set of specific guidelines mapping out which content will be banned immediately from the platform.

Guidelines cover content that denies the realities of climate change and its overall impact on our planet, falsities about contradictory climate-change solutions, misrepresentations of scientific data surrounding climate change, and content that jeopardizes people’s safety during natural disasters and extreme weather events.

Pinterest has updated its advertising guidelines as well in order to prohibit ads containing conspiracy theories, misinformation and disinformation linked to climate change.

All major social media platforms have taken steps to combat misinformation surrounding climate change, but none have pledged a total ban, and many attempts have proven to be inconsistent or ineffective.

For example, Facebook -- which launched a resource-bank called “Climate Science Information Center,” in May 2021 promising to attach “information labels” to certain posts about climate change -- has been criticized by activists and watchdog groups for making little to no impact in this matter.

Last year, a climate advocacy group called Stop Funding Heat found that Facebook groups dedicated to spreading climate misinformation increased by 77%. This type of content was receiving between 818,000 and 1.36 million views on Facebook per day. The social media giant had fact-checked less than 4% of these posts.

Pinterest acknowledges that enforcing this strict policy is complex and has therefore partnered with two organizations –– the Climate Disinformation Coalition and the Conscious Advertising Network –– to fact-check, track harmful patterns, and ultimately develop “the support and collaboration of an entire ecosystem.”

The image-sharing and social media platform’s decision also takes its user base into account -- which decreased 6% over the past year to 431 million.

Internal reports show that Pinterest users have become more interested in sustainability practices, according to the rise in corresponding searches, such as “zero waste tips,” “recycling clothes ideas,” and “recycled home decor.”