In Days Of Old, TV Ratings Stories Tried To Keep It Simple 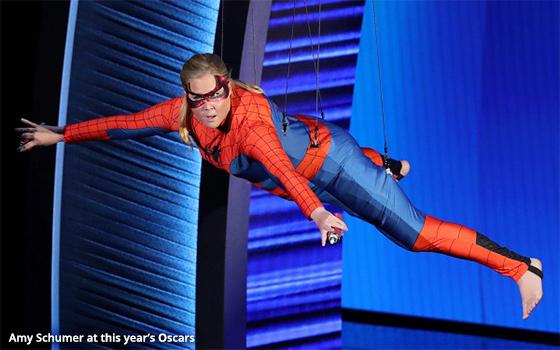 One day long ago at the New York newspaper where I worked as editor of the television section, a reader called to ask a simple question.

She wanted to know the following: Was WCBS the CBS station? And so I answered yes. I then thought to myself that this question was the simplest thing in the world for me, but evidently was not for her.

I came to realize that day that many of the ordinary people who perused our TV section every day did not know the first thing about television.

For this reason, I tried whenever possible to simplify potentially complicated TV topics for our readers.

One such subject was audience measurement, which is a complicated subject with more moving parts every year. But it is nevertheless reasonably understood by professionals (such as those who make up most, if not all, of our MediaPost readership) for whom this data is a cornerstone of their business.

For ordinary people, however, the only audience measurement they can relate to or understand can be boiled down to one simple question -- basically, how many people watched the damned thing?

This TV Blog is triggered by another one posted here last week that was styled as an obituary of the kinds of TV ratings stories that were standard journalistic procedure for decades and based on little more than straight audience tallies (without regard to demographic subtleties or anything else) from Nielsen.

Last week’s commentary was not wrong, of course. As that blog pointed out, viewership recaps that are dependent solely on total audience figures released on the day after airing only really make sense today for live events such as Super Bowls, Oscar shows (such as this year’s with Amy Schumer, pictured above) and other such televised events for which live-plus-3 or live-plus-7 viewership add-ons are not a factor.

As everybody knows, most TV shows today add viewership after their initial timeslot airings, and the TV business has responded accordingly by coming up with ways to measure these changes in viewing patterns. Stories on this ever-evolving subject appear almost daily here.

Moreover, Nielsen data is being supplanted by other modes and providers of viewership data that are being adopted by ad-supported content providers. Thus, Nielsen no longer has a monopoly over such data.

But what does all of that matter to an ordinary reader of TV stories for whom the network affiliation of WCBS is mysterious enough to warrant a phone call to a local TV editor for clarification?

Once upon a time in my own personal history on the consumer side of the TV beat, we didn’t even get total-audience figures from the networks. Instead, the networks provided us with the old rating/share configuration.

This would result in our always having to wedge these awkward parenthetical qualifiers into our stories to help define the meaning of a ratings point and a share.

I don’t quite remember the ratings definition, but the share phrase was something like “shares represent the percentage of TV sets in use.”

Looking back, I have no idea whether this was entirely accurate. Plus, I never thought a reader would understand these parentheticals anyway.

Eventually, the networks started to provide total-audience 2+ tallies along with 2+ ratings/shares and demo ratings/shares too -- either 18-49 or 25-54.

Some journalists at daily papers then began actually including these demographic numbers in their ratings stories, and in the process, sowing even more confusion.

Meanwhile, I adhered to my view that the only way to report on TV audiences in a way that a general audience would understand was to just tell them how many millions of people watched, and whether that was better or worse than the shows’ timeslot competitors -- or in the case of a Super Bowl or Oscars, up or down from a year earlier.

Nielsen figures were the bedrock upon which all of these ratings stories were built.

It was an honor system that for the most part was actually honored. But in reporting the numbers, the network p.r. departments worked hard to spin the numbers, no matter how woeful, into something that sounded good.

Or to put it another way -- no matter what the outcome, in the TV business, it was always sunny in Ratings Land.

The fact is, interest in how many viewers a prime-time show attracted the night before has probably waned in the consumer sector.

In the old days, such stories were newsworthy in part because the numbers were often staggering. Today, they are not.

And since watching TV is not the shared national experience it once was, it is doubtful that anybody cares anymore what the nation’s top-rated TV show was last week.