Supreme Court Sides With Austin In Battle Over Digital Billboards 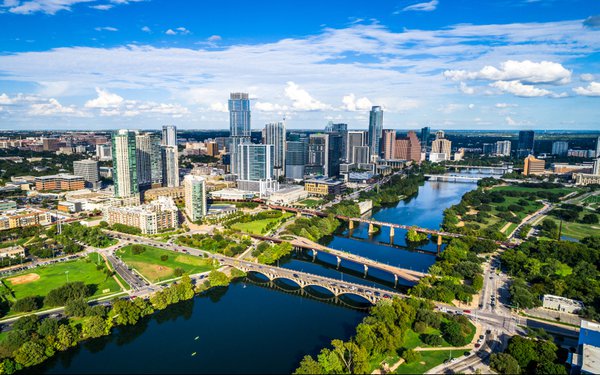 Siding with the city of Austin, Texas, the Supreme Court said Tuesday that a local ordinance outlawing some digital billboards based on their location is "content neutral."

The Supreme Court's 6-3 ruling reversed a decision of the 5th Circuit Court of Appeals, which in 2020 invalidated the law as an unconstitutional content-based restriction on speech.

The Austin ordinance allows digital billboards on an advertiser's premises, but not elsewhere. Judges on the 5th Circuit reasoned that restriction was tied to content, because the only way to know whether a sign is on a company's property is by reading it.

Writing Thursday for the majority, Justice Sonia Sotomayor said that regulating signs based solely on their location is “facially content neutral,” and comparable to other laws that restrict speech based solely on time of day or place.

“The city’s provisions distin­guish based on location: A given sign is treated differently based solely on whether it is located on the same premises as the thing being discussed or not,” Sotomayor wrote. “The message on the sign matters only to the extent that it informs the sign’s relative location. The on-/off-premises distinction is there­fore similar to ordinary time, place, or manner restrictions.”

The decision stems from a dispute dating to 2017, when Reagan National Advertising of Texas and Lamar Advantage Outdoor sued the city over its restrictions.

Like most Texas cities, Austin only allows digital billboard ads on the advertisers' property.

City officials have said the regulation aims to preserve the local landscape, and to limit driving distractions.

Reagan National and Lamar Advantage -- which want to convert non-digital outdoor ads to digital ones on 83 billboards in Austin -- argued that the distinction between on-premises and off-premises digital billboards runs afoul of the First Amendment, which generally restricts the government from regulating speech based on subject matter.

A trial judge upheld the ordinance, but the 5th Circuit blocked it. Austin then appealed to the Supreme Court, where the case drew attention from a wide range of outside groups.

The Out of Home Advertising Association and some other ad groups sided with Reagan National.

The Supreme Court stopped short of reinstating the Austin law.

Instead, the justices sent the matter back to the lower court, with directions to decide whether the Austin law violates the First Amendment for other reasons -- including whether it's too broad to “serve a significant govern­mental interest.”