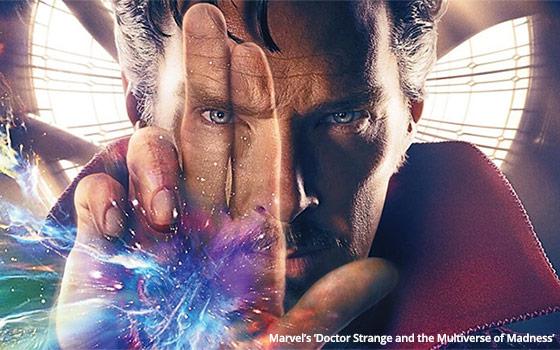 Ramping up in anticipation of the summer theatrical season, Walt Disney-Marvel’s “Doctor Strange in the Multiverse of Madness,” with heavy TV marketing, whipped up $185.0 million in box office revenue for North American theaters, according to Comscore.

“Doctor Strange” was boosted by dominant wall-to-wall national TV advertising -- with an estimated ad spend of $7.3 million over the last two weeks, according to iSpot.tv.

Much of the film’s national TV advertising was placed on Disney’s owned network ABC, followed by ESPN -- both with heavy ad placement on NBA basketball programming. This was followed by FX Network, Freeform, and HGTV.

Total paid TV advertising for “Dr. Strange” is currently at an estimated $14.8 million.

No other wide-release, major studio movies debuted for the weekend of May 6 through 8. "Dr. Strange" took in the bulk of all North American theatrical box office that weekend -- which totaled $219.1 million.

Second place for the weekend went to Universal Picture’s “The Bad Guy” -- now in its third week, pulling in $9.8 million. Third place went to Paramount Pictures' "Sonic The Hedgehog 2" at $6.2 million in its fifth week.