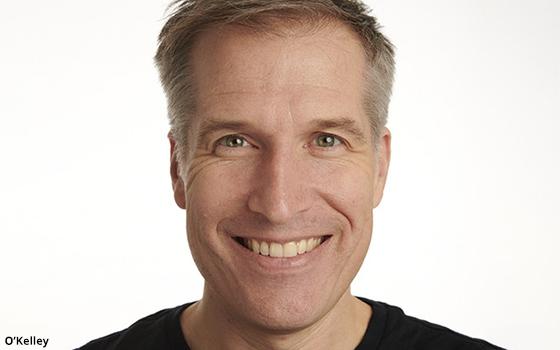 Brian O’Kelley, CEO and co-founder of Scope3, credited with the invention of programmatic advertising and the ad exchange, will join the board of advisors at Blockthrough, a technology company focused on helping digital publishers and media companies recover advertising revenue lost to ad-blocking software.

“I’ve been starting tech companies more or less my entire life,” he said. “Having done Right Media, and then AppNexus, which grew to 1,000 people and then sold to AT&T, I’ve learned a lot, made mistakes, and I enjoy coaching really smart founders in how they grow their business, deal with difficult situations, and keep people from making the same dumb mistakes I did.”

O’Kelley’s company, Scope3, focuses on digital supply chain emissions data. He co-founded AppNexus, and served as the CTO of Right Media, acquired by Yahoo in 2007.

The move comes on the heels of Blockthrough and Scope3’s recent partnership for the advancement of sustainable advertising.

“Great founders have a spark,” he said. There’s an energy, almost like a force of nature, they’re just going to find their way through.”

O’Kelley called Blockthrough Co-founder and CEO Marty Krátký-Katz a “kind and good person, someone who wants to do something really meaningful. Someone incredibly resilient and smart.

In the early days many different things tried to kill the company, and Krátký-Katz kept finding a way to survive, which makes Blockthrough special as a company because it overcame adversary, he said.

O’Kelley joins advisors Ari Paparo, Matt Barash and Tony Katsur. He also sits on the board of Tech:NYC and was an early supporter of Girls Who Code.

O’Kelley co-founded Scope3 on the premise of lowering emissions caused by online advertising. The company focuses on measuring emissions from every advertisement served worldwide, and help brands and agencies report and do scenario planning. They could form a strategy not just on reach and cost, but based on the carbon footprint.

“Something like 3% or 4% of all energy use in the world is to power the internet,” he said. “And all those emissions are funded by advertising. Even Amazon’s business. “

Through data modeling, O’Kelley said the company determined that the average banner ad generates 1 gram of carbon dioxide per impression. Advertisers running 1 million ads would generate 1 metric ton of carbon, which is a roundtrip flight from London to Boston.

“One cool thing about Blockthrough, because the technology doesn’t slowdown the computer as much, they don’t use as much energy,” he said. “Blockthrough actually lowers the carbon footprint of a web page.”

O’Kelley couldn’t say the amount of emissions generated from an internet search, but said Google has spent “a ton of money” trying to make their entire search platform carbon neutral.

Ecosia, a Berlin-based search engine, uses ad revenue from each search to plants trees. The company said that in 2020 it had planted its 100 millionth tree.