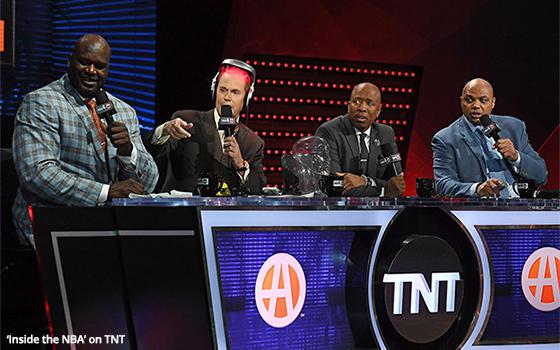 Strong viewing from NBA basketball playoffs in May boosted TNT to the top of the cable TV networks ranking in prime time -- with 2.7 million average viewers, according to Nielsen live program and same-day time-shifted viewing.

Sharing the NBA playoffs action was ESPN, which also benefited, moving into third place with 2.17 million average prime-time viewers.
The month before, in April, TNT came in at 1.7 million, while ESPN had 1.3 million.

This year, sitting between the two heavily NBA-focused networks was Fox News Channel -- in second place at 2.27 million. MSNBC was fourth place, well behind the top three networks at 1.02 million.

Last year, the NBA Playoffs was shifted to a mostly June schedule -- a change stemming from the disruption the year before due to the COVID-19 pandemic.

Fox News Channel had been number one the previous month, in April (2.36 million) as well as leading among networks in basic cable for prime time a year ago in May 2021, with 2.17 million.