Samsung Partners With Razorfish To Expand Web3 Presence On Discord 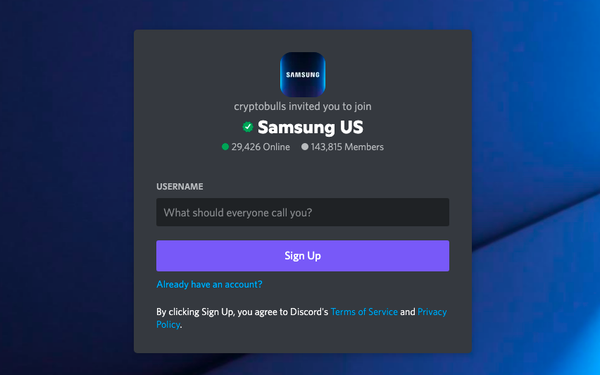 In partnership with Razorfish, the Publicis Groupe-owned media company, Samsung today announced its further expansion into Web 3.0 by launching its own server in the Discord, the primary messaging channel for metaverse enthusiasts.

In partnership with Publicis Groupe-owned media company Razorfish, Samsung has designed the server for fans, gamers, and creators to interact and gain exclusive access to products, events, NFTs, and more.

This isn’t the South Korean tech giant’s first foray into the metaverse. Over the past year, it has established spaces in virtual metaverse worlds such as Decentraland and Roblox, where it activates themed quests, launches new products, and live-streams events, like a virtual Charli XCX concert later this month.

One thing that sets Discord aside from other major social networks is that it is free to download, ad-free, and does not sell user data. Yet last year, Microsoft tried to buy the app for $12 billion. After the offer was rejected, Discord was valued at $15 billion.

A designated Discord server now acts as a gateway for brands to market their Web 3.0 news, by offering perks and specialized offers to a dedicated community of fans, consumers, and creators.

But ultimately, Discord has become known as a space for brands to connect on a deeper level with their audience.

This is precisely what Samsung is offering early adopters of its Discord server, describing it as a destination to participate in virtual versions of events happening at its physical store in New York City, as well as its Odyssey gaming experiences.

From June 7-10, all fans will also be automatically entered for a chance to be randomly selected for daily product giveaways, ultimately rewarding fans for ongoing engagement, the company said in a recent statement.

Josh Campo, president of Razorfish. said in a statement that the Samsung Discord channel “represents a significant milestone for Razorfish too since it marks the first of many future Discord communities we expect to launch for clients, tapping into the exciting new opportunities that the decentralized web brings.”