Digital Addiction Is Real And Getting Worse: A&E Docuseries 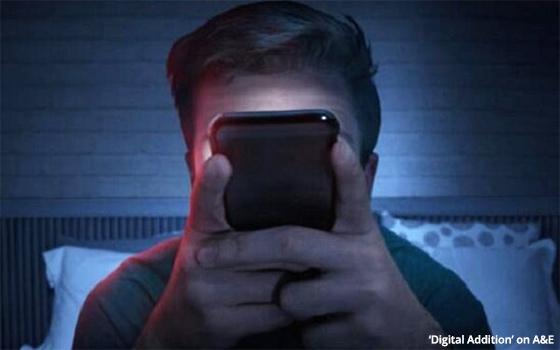 From the producers of the addiction docuseries “Intervention” comes another series on a topic that could not be more timely -- digital addiction.

“Intervention” documented the suffering of real-life addicts hooked on heroin, crack, methamphetamine -- you name it -- and the terrible toll their addictions were taking on friends and loved ones who watched helplessly as the addicts in their midst slowly killed themselves.

“Digital Addiction” is not about substance abuse, but in the stories presented in the premiere episode, you get the feeling that the addictive behavior seen on the show can have some of the same devastating effects on those who love the addict but feel them slipping sadly away from them.

What is digital addiction? The show provides a definition through its storytelling. But let’s be real here.

In this day and age, everybody knows what digital addiction is, and either knows someone who is one, or is one themselves.

“This [series] is about people who are destroying their lives by leaving their lives to disappear into the digital world,” says an introduction to the show.

“Since the start of the pandemic, digital use has increased by over 60%,” the introduction says. “One in three Americans say their digital habits have a negative impact on their mental health.”

But those Americans are people who at least recognize that they have a problem. That is not the case with the addicts profiled on “Digital Addiction.”

They do not believe they have a problem. Like other addicts, they believe their beleaguered loved ones have the problem, not they.

The digital addicts seen on the show have made their cellphones and other devices the center of their lives. They are compulsively addicted to texting, dating apps, social media, web surfing, video watching and more.

They are also physically addicted to their devices -- so much so that one of the two digital addicts profiled in Episode One -- “Beth” of Spring Hill, Florida -- owns multiple cellphones, iPads, laptops and desktop computers.

According to the show, Beth spends an estimated 15 hours a day on her devices, during which she barely connects with family and friends, including her sister, best friend and traumatized teenage daughter.

She is even seen driving while compulsively searching YouTube for a certain video, which she intends also to watch while driving.

Meanwhile, in the passenger seat her daughter is scared to death. “My electronic devices are my happy place,” Beth says.

The other addict in the show -- “Brandon” of Palm Coast, Florida -- has such a close relationship with his cell phone that he has named it “Sandra” and takes “her” everywhere, including the bathtub and his bed at night where Sandra the cell phone “sleeps” on the pillow next to him.

His primary addictions are to dating apps and social media. And like Beth, his digital addiction has alienated him from his family and at least one friend who appears to be the last one he has left.

Brandon, a gay man, is seen constantly swiping through the photos on the dating apps. His obsessive search for dates -- and “likes” which are like heroin for him -- has him often going on multiple dates in a single day, even flying to other cities at the spur of the moment to meet strangers.

In the show, the dangers of digital addiction (besides the risks of driving while YouTubing) include meeting someone from a dating app who might assault or kill you.

This is what worries Brandon’s family and friends the most -- that he will eventually meet the wrong stranger on a dating app and then pay the ultimate price for his rashness.

The show has family and friends seeking the help of digital-addiction specialists to try and get these addicts to moderate their digital use.

But this proves difficult. The show even reveals that there is a clinical name for this condition, nomophobia. Psychology Today estimates that 66% of Americans today suffer from some sort of it.

Roughly constructed from “NO MObile PHOne PhoBIA,” nomophobia is defined as “a psychological condition [in which] people have a fear of being detached from mobile phone connectivity.”